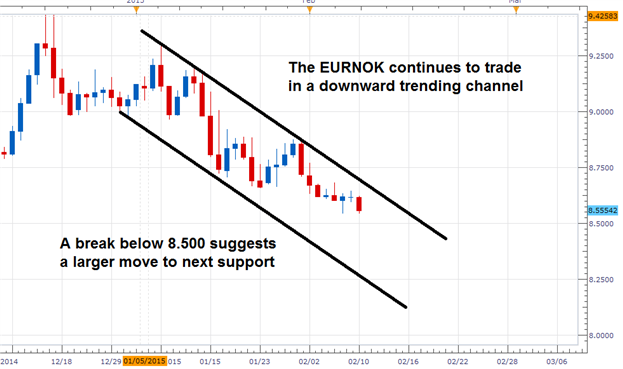 Despite a dramatic slide in oil prices, the Norwegian economy expanded at a faster rate in 2014 than anticipated; industrial production increased by 3.6% (y/y) , contributing to the 2.2% rise in the National Account. Given this rise in GDP, Norway was subsequently able maintain a stable trade balance and employment rate throughout the year.

In contributing to the overall Production Index’s 3.6% rise, manufacturing output increased by 1.3% (m/m), 0.9% (q/q) and 3.3% (y/y). Specifically, from November to December, basic metals and machinery production increased by 1.8 and 2.5 percent respectively, while a 3.1% decrease in the volume of ships, boats and oil platforms was offsetting. Year-over-year, the growth was driven by increases in the mining/quarrying (+13.1%) and machinery/equipment (+13.3%) sectors. As a result, growth in Norway was greater than that of Europe (+0.3%) despite the country’s 2.2% decline in petroleum, chemical and pharmaceutical products.

Drawing on the increase in industrial production, GDP grew by 0.9% on the quarter and 2.2% on the year. Exclusive to the mainland, growth was only 0.5% in Q4 and 2.3% on the year. Petroleum activity was the single most important factor driving the growth; the industry progressed in all quarters with the largest movement (+2.5%) occurring in the final three months.

In partially offsetting these component gains, gross capital formation decreased by 2.9% in the 4Q. The drop results from governments and households refraining from investing by a combined 6.8%.