As was noted on August 29, and still holds true today, global financial markets are firmly in stage (4). In previous spins through the trade war news cycle, stage (4) has been accompanied by higher US equities, higher US Treasury yields, and a stronger US Dollar. The driving factor behind all of these moves remains Fed rate cut odds. 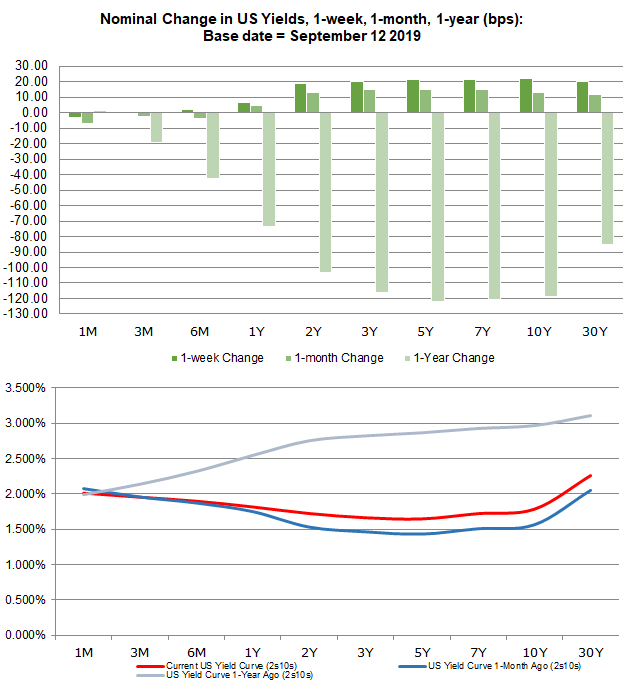 While the 2s10s spread has moved in and out of inversion territory in recent weeks, the two key spreads of the US Treasury yield curve – the 3m5s and 3m10s – have been inverted for several weeks now. As a result, US recession odds increased over the summer. But with the US-China trade war in a state of truce as of the start of September, focus is now on the reduced potential for further aggressive monetary stimulus. 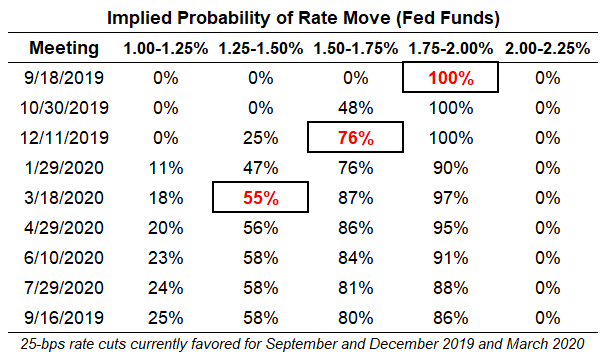 Eurodollar contracts are now more closely aligned with Fed funds regarding the scope and scale of the Fed rate cut cycle. We can measure whether a rate cut is being priced-in using Eurodollar contracts by examining the difference in borrowing costs for commercial banks over a specific time horizon in the future. 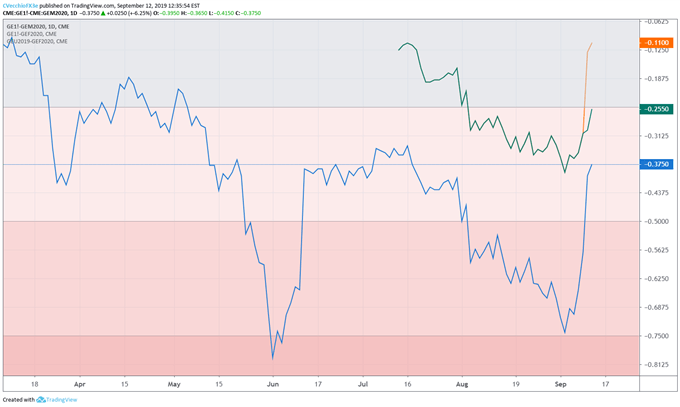 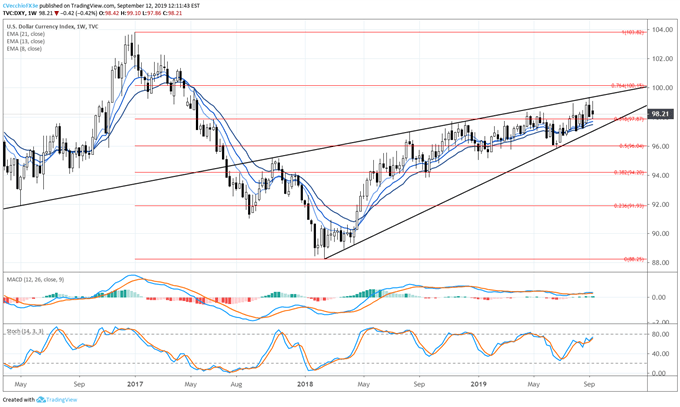 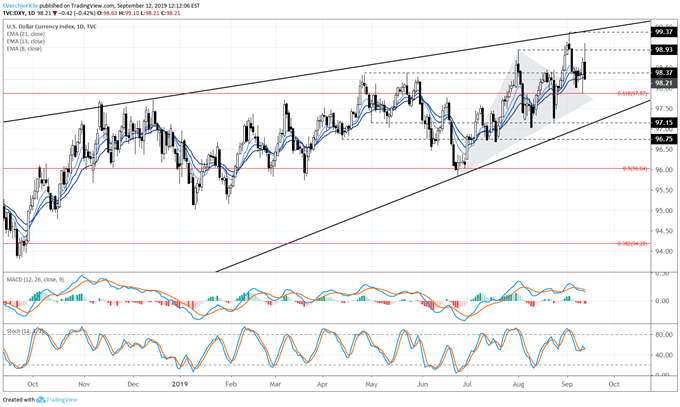 In our last DXY Index technical forecast update on August 29, it was noted that “the symmetrical triangle in place over the past six weeks appears to be getting ready for a bullish breakout attempt. In clearing out the bearish outside engulfing bar/key reversal set on August 23, the DXY Index would have cleared out the most swing high, suggesting that traders should be on alert for prices to rally back to at least the 2019 high set in July at 98.93.” A fresh yearly high was set soon after, with the DXY Index rallying to 99.37 on September 3.

Even though the yearly high was established on September 3, the DXY Index’s daily candle that day proved to be an inverted hammer/shooting star; a concerning development for bulls. Indeed, price action has been uneven in the ensuing days, with the DXY Index returning to the 61.8% retracement of the 2017 high/2018 low range at 97.87.

Let’s put recent price action in context: as US Treasury yields run higher, the US Dollar (via the DXY Index) was lifted to a fresh yearly high. But given the interference of the September ECB meeting in EURUSD, the largest component of the DXY Index (57.6%), traders may want to look at individual USD-pairs rather than the DXY Index. During times of rising US Treasury yields, USDJPY tends to benefit – regardless of how other USD-pairs are trading. 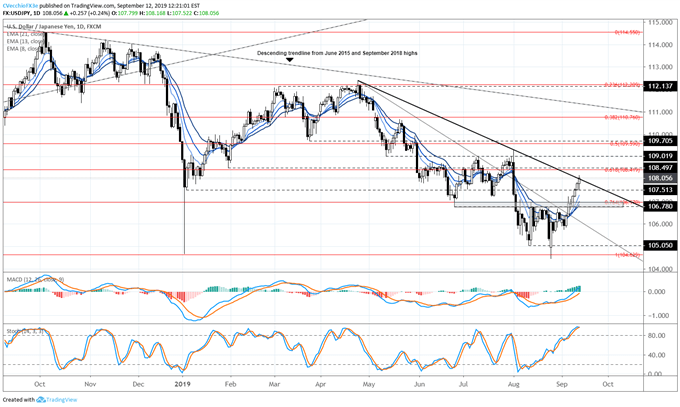 In our most recent USDJPY technical forecast update on August 23, it was noted that “a bearish outside engulfing bar had formed on the daily timeframe…prior to a retest of the yearly low at 104.63, however, the August low of 105.05 might provide initial support.” Indeed, a fresh yearly low had been established soon after, with USDJPY dropping below the January 3 Japanese Yen flash crash low, falling to 104.45 on August 26.

Since hitting a fresh yearly low on August 26, USDJPY has essentially traded in a straight line higher. Rising US Treasury yields tend to help USDJPY more than other pairs given that the Bank of Japan keeps its rates held near 0%; USDJPY interest rate differentials are effectively determined by the USD-side of the equation alone.

To this end, a close above 108.00 by the end of the week would increase the likelihood that USDJPY rates would return to a 30-pip area around the May 10 swing low and August 1 bearish outside engulfing bar high near 109.02/32. 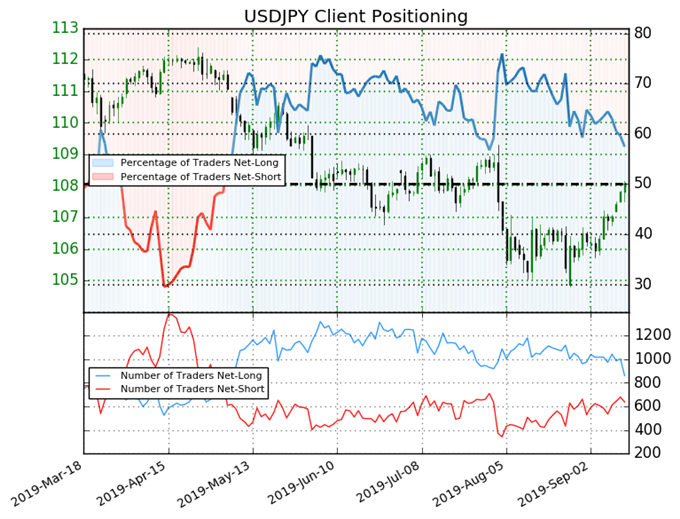