EUR/USD has fallen more than 2.5% from the March high (1.2113) as European Central Bank President Christine Lagarde warns of a technical recession, and fresh update to the Euro Area’s Consumer Price Index (CPI) may do little to influence the exchange rate as the central bank continues to ramp up the pace of the pandemic emergency purchase programme (PEPP).

The recent selloff in EUR/USD appears to be stalling ahead of the end of the month as it trades in a narrow range, with the Relative Strength Index (RSI) highlighting a similar dynamic as the indicator appears to be reversing course ahead of oversold territory.

Looking ahead, it remains to be seen if the Euro Area CPI report will influence the near-term outlook for EUR/USD as the headline reading is expected to increase to 1.3% from 0.9% in February, while the core rate of inflation is expected to hold steady at 1.1% per annum for the second consecutive month.

The rise in the headline reading for inflation may have limited implications for the monetary policy outlook as the ECB’s Economic Bulletin for March underscores the adjustment in the weighing for the Harmonised Index of Consumer Prices (HICP) where the “change in weights had an upward impact on HICP inflation in January 2021.” 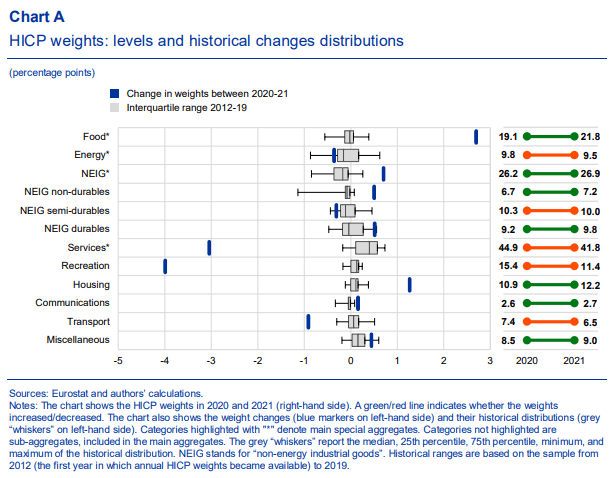 The amendment comes as the ECB insists that “the HICP weights used for compiling annual inflation in 2020 did not duly reflect the major changes in household spending triggered by the pandemic,” and it seems as though the Governing Council will retain the current course for monetary policy as board member Isabel Schnabel insists that “monetary policy can best support the economy by ensuring that favourable financing conditions prevail for as long as needed.”

Schnabel largely endorsed an outcome based approach while speaking at an event hosted by NYU Stern as the Governing Council official favors utilizing the PEPP “flexibly according to market conditions,” but the Euro may continue to face headwinds ahead of the next ECB meeting on April 22 as the central bank continues to ramp up the pace of its asset purchases. 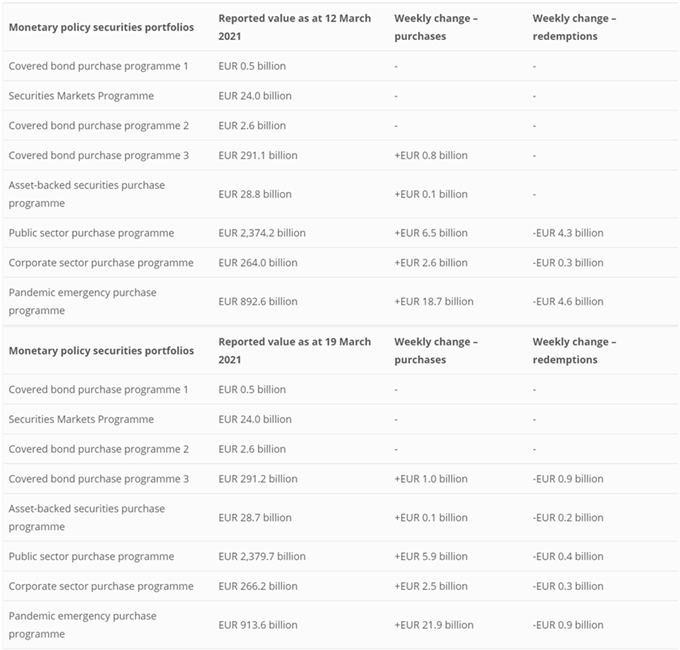 The ECB’s consolidated financial statement showed the PEPP widening EUR 21.9 billion in the week ending March 19 after climbing EUR 18.7 billion the week prior, with the recent selloff in EUR/USD generate a flip in retail sentiment as traders turn net-long the pair for the fifth time in 2021. 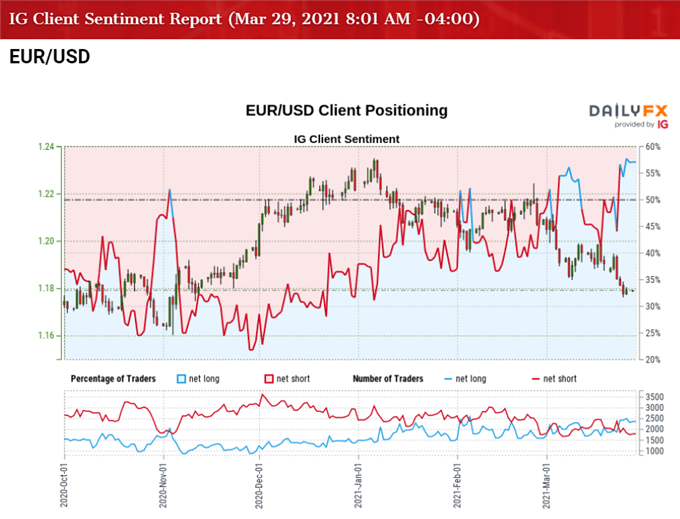 The IG Client Sentiment report shows 54.83% of traders are currently net-long EUR/USD, with the ratio of traders long to short standing at 1.21 to 1.

The number of traders net-long is 6.78% higher than yesterday and 13.17% higher from last week, while the number of traders net-short is 16.31% higher than yesterday and 10.16% lower from last week. The rise in net-long interest has fueled the shift in retail sentiment as 51.89% of traders were net-long EUR/USD on March 19, while the decline in net-short position could be a function of profit taking behavior as the exchange rate trades in a narrow range ahead of the end of the month.

With that said, the decline from the January high (1.2350) may turn out to be a change in EUR/USD behavior rather than a correction in the broader trend as the exchange rate slips below the 200-Day SMA (1.1860) for the first time since May 2020, and the Euro may face headwinds throughout the first half of the year as the ECB continues to ramp up the pace of the PEPP.