NZD/USD trades below the 50-Day SMA (0.7212) for the first time since November as longer-dated US Treasury yields climb above pre-pandemic levels, but the exchange rate may continue to defend the 2021 low (0.7096) as it manages to hold above the monthly low (0.7099).

NZD/USD appears to be stuck ina narrow range as it attempts to retrace the decline following the US Non-Farm Payrolls (NFP) report, and the exchange rate may continue to consolidate ahead of the Federal Reserve interest rate decision on March 17 as the Organisation for Economic Co-operation and Development (OECD) updates its outlook for global growth. 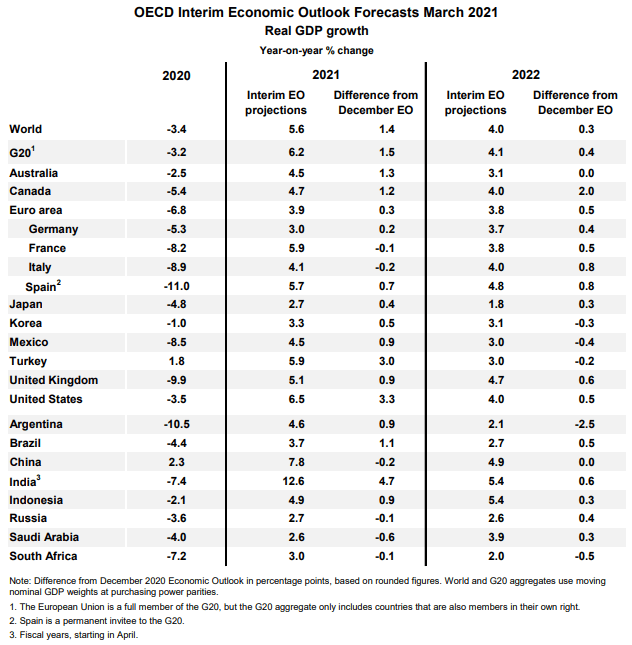 The latest report from the OECD states that “global GDP growth is projected to be 5½ per cent in 2021 and 4% in 2022, with global output rising above the pre-pandemic level by mid-2021.” The group goes onto say that “the current very accommodative monetary policy stance should be maintained, and allow temporary overshooting of headline inflation provided underlying price pressures remain well contained.”

It remains to be seen if the recent developments will sway the Federal Open Market Committee (FOMC) as Chairman Jerome Powell warns that “it’s not at all likely that we’d reach maximum employment this year,” and the central bank may largely endorse a wait-and-see approach throughout the first half of 2021 as it extends the Paycheck Protection Program Liquidity Facilityby three months to June 30.

In turn, key market themes may continue to influence NZD/USD as the US Dollar still reflects an inverse relationship with investor confidence, and the tilt in retail sentiment also looks poised to persist as traders have been net-short since October. 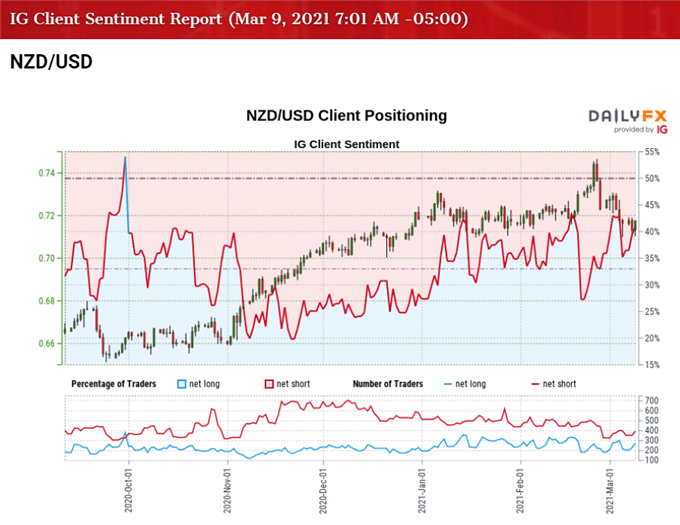 The IG Client Sentiment report shows 45.02% of traders are currently net-long NZD/USD, with the ratio of traders short to long at 1.22 to 1.

The number of traders net-long is 21.88% higher than yesterday and 26.83% higher from last week, while the number of traders net-short is 11.60% lower than yesterday and 6.62% lower from last week. The rise in net-long interest comes as NZD/USD appears to be defending the 2021 low (0.7096), while the decline in net-short position has helped to alleviate the crowding behavior as only 42.27% of traders were net-long the pair during the previous week.

With that said, the pullback from the February high (0.7465) may turn out to be an exhaustion in the broader trend rather than a change in NZD/USD behavior like the correction from the January high (0.7315), and the exchange rate may continue to defend the 2021 low (0.7096) as itsnaps the series of lower highs and lows from the previous week.