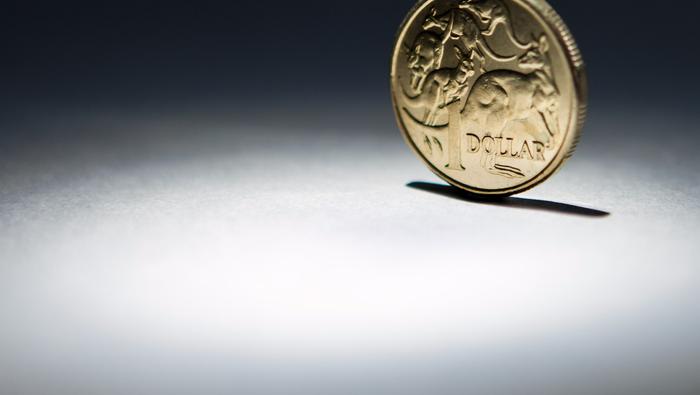 AUD/USD extends the pullback from last week’s high (0.7820) as the US Dollar appreciates on the back of waning investor confidence, and the exchange rate may threaten the opening range for January as the Relative Strength Index (RSI) falls back from overbought territory to indicate a textbook sell signal.

AUD/USD approaches last week’s low (0.7642) following the limited reaction to the US Non-Farm Payrolls (NFP) report, and swings in investor confidence may continue to sway the exchange rate as the Reserve Bank of Australia (RBA) acknowledges that “the improvement in risk sentiment has also been associated with a depreciation of the US dollar and an appreciation of the Australian dollar.”

Nevertheless, the contraction in US employment may encourage the Federal Reserve to further utilize its non-standard tools as Vice-Chair Richard Clarida insists that the Federal Open Market Committee (FOMC) “will continue to increase our holdings of Treasury securities by at least $80 billion per month and our holdings of agency mortgage-backed securities by at least $40 billion per month until substantial further progress has been made toward our maximum-employment and price-stability goals.”

The comments suggests the FOMC will retain the current course for monetary policy at its next interest rate decision on January 27, and the central bank may continue to strike a dovish forward guidance as Chairman Jerome Powell and Co. remain “committed to using our full range of tools to support the economy and to help ensure that the recovery from this difficult period will be as robust as possible.”

Until then, key market themes may influence AUD/USD as the US Dollar still reflects an inverse relationship with investor confidence, and the tilt in retail sentiment also looks poised to persist as traders have been net-short the pair since November. 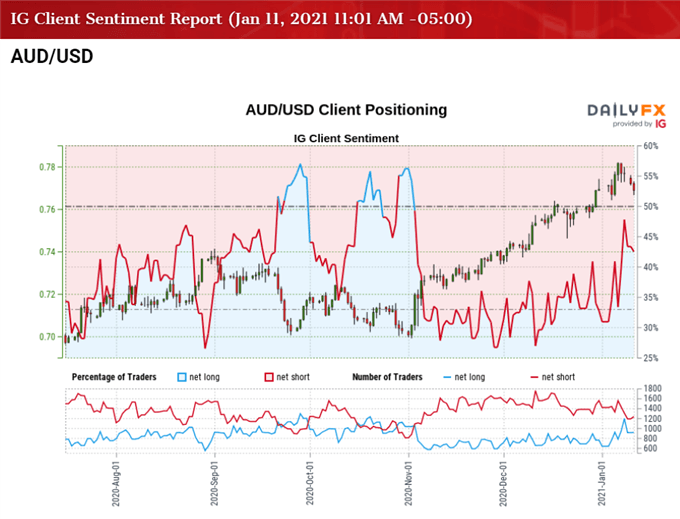 The decline in net-short interest comes as AUD/USD clears the 2020 high (0.7742) during the first week of January, while the jump in net-long interest has helped to alleviate the crowding behavior as only 37.72% of traders were net-long the pair during the previous week.

With that said, swings in investor confidence may continue sway AUD/USD ahead of the next Fed meeting as key market trends remain in place, but the exchange rate may threaten the opening range for January as the Relative Strength Index (RSI) falls back from overbought territory to indicate a textbook sell signal.