NZD/USDclears the 2020 high (0.7241) on the back of US Dollar weakness, and the exchange rate may continue to exhibit a bullish behavior as the Relative Strength Index (RSI) flirts with overbought territory. 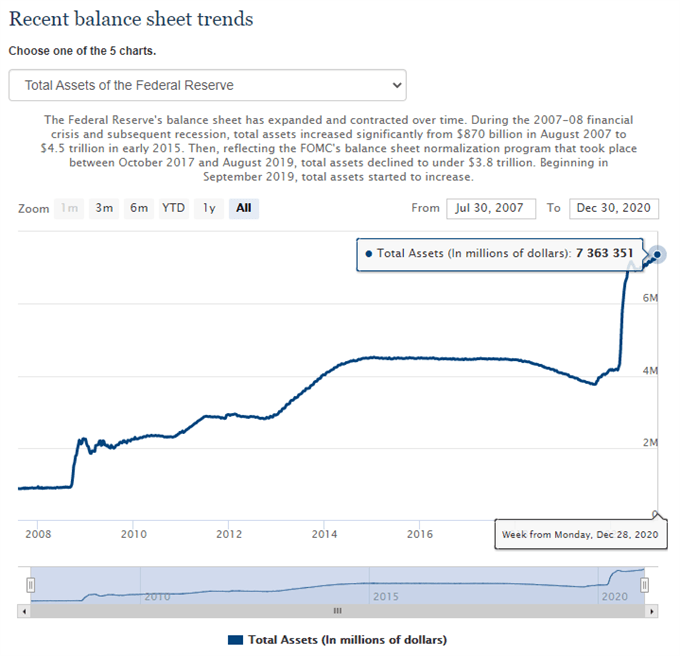 In turn, the recent pullback in the Fed’s balance sheet may end up being short lived as the latest update showed the figure narrowing to $7.363 trillion in the week of December 28 from a record high of $7.404 trillion the week prior, and the ongoing response to the COVID-19 pandemic is likely to keep key market trends in place as monetary authorities become increasingly reliant on their non-standard tools to achieve their policy targets. 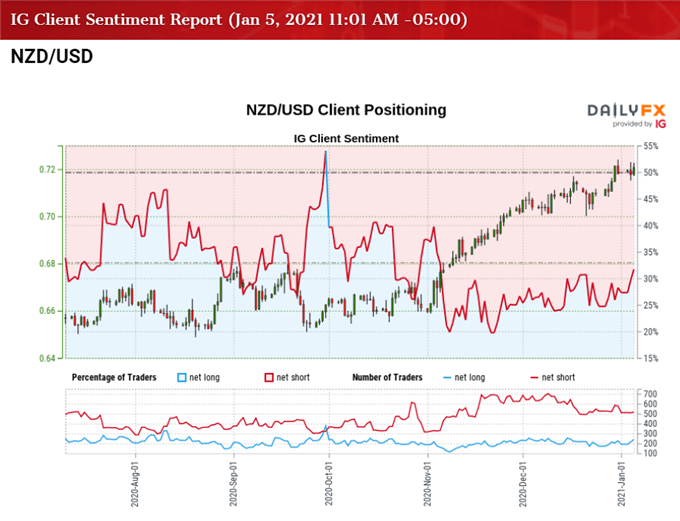 At the same time, the tilt in retail sentiment also looks poised to persist as the crowding behavior from the first half of 2020 resurfaces, with the IG Client Sentiment report showing 30.28% of traders net-long NZD/USDas the ratio of traders short to long stands at 2.30 to 1.

The number of traders net-long is 0.82% lower than yesterday and 14.22% higher from last week, while the number of traders net-short is 4.13% higher than yesterday and 0.73% higher from last week. The rise in net-long interest has helped to alleviate the tilt in retail sentiment as only 29.34% of traders were net-long NZD/USD in mid- December, but the rise in net-short interest suggests the crowding behavior will persist even though the exchange rate clears the 2020 high (0.7241) during the opening week of January.

With that said, key market trends may keep NZD/USD afloat as the US Dollar still reflects an inverse relationship with investor confidence, and the exchange rate may continue to exhibit a bullish behavior as the Relative Strength Index (RSI) flirts with overbought territory.