USD/CAD trades in a narrow range as the advance from the previous week sputters ahead of the monthly high (1.3341), but fresh developments coming out of the US may influence the exchange rate as Congress prepares to vote on another round of fiscal stimulus.

USD/CADstruggles to retain the advance from the monthly low (1.3099) even though the Relative Strength Index (RSI) breaks out of a downward trend, and the exchange rate may continue to track the opening range for October as US lawmakers struggle to meet on common ground. 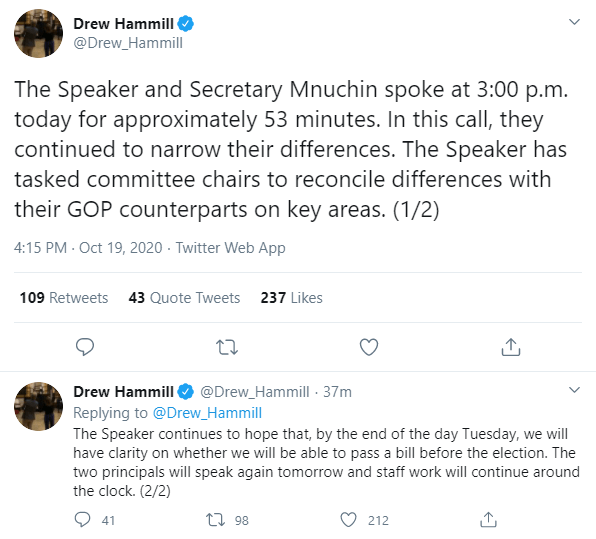 Drew Hammill, the Deputy Chief of Staff for House Speaker Nancy Pelosi, tweets that “the Speaker continues to hope that, by the end of the day Tuesday, we will have clarity on whether we will be able to pass a bill before the election,” and the developments may sway investor confidence as the deadlock in Congress raises the threat for a protracted recovery.

As a result, swings in risk appetite may continue to shape the near-term outlook for the US Dollar as the Federal Reserve relies on its unconventional tools to support the US economy, and key market trends may persist over the remainder of the month as the Federal Open Market Committee (FOMC) vows to “increase its holdings of Treasury securities and agency MBS (mortgage-backed securities) at least at the current pace.”

However, Atlanta Fed President Raphael Bostic, who votes on the FOMC in 2021, warns that “if we assume that jobs continue to be added at the pace seen in the September labor report, it will take an additional 16 months to return to February employment levels,” and goes onto say that “widespread permanent job loss could become a material risk to the recovery” while speaking at the annual meeting of the Securities Industry and Financial Markets Association.

In turn, Bostic argues that “fiscal policymakers clearly have a significant role to play in ensuring that the economic disruptions don't become deeply rooted,” and it seems as though the Fed is in no rush to deploy more non-standard measures as Bostic insists that he’s “comfortable with our current policy stance.”

The comments suggest the FOMC will stick to the sidelines at the next interest rate decision on November 5 as the central bank prepares to unveil a “more explicit outcome-based forward guidance,” and the US Dollar may continue to show an inverse relationship with investor confidence as the Fed’s balance sheet increases for the second week to approach the peak from June. 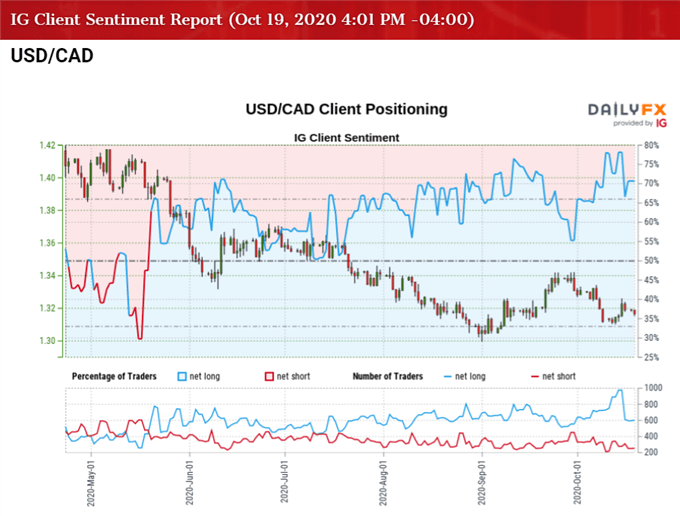 With that said, swings in risk appetite may sway USD/CAD, but recent price action warns of range bound conditions as the advance following the bullish outside day (engulfing) candle formation fails to spur a test of the monthly high (1.3341) even though the Relative Strength Index (RSI) breaks out of a downward trend.