EUR/USD extends the advance from the September low (1.1612) even though European Central Bank (ECB) officials warn of a protracted recovery, and the Relative Strength Index (RSI) indicates a further appreciation in the exchange rate as it breaks out of the downward trend carried over from late July.

The rebound in EUR/USD largely mimics the recovery in global equity prices as the pick up in risk appetite drags on the US Dollar, and a further improvement in investor confidence may prop up the exchange rate as US President Donald Trump tweets “the Stock Market is getting ready to break its all time high.” 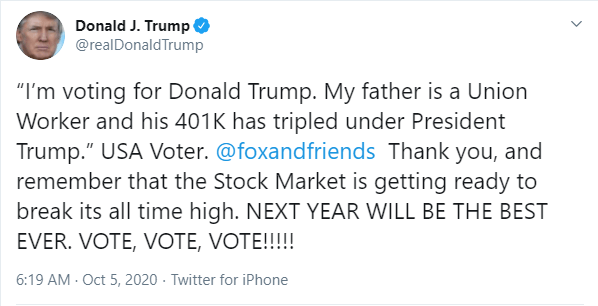 It remains to be seen if EUR/USD will continue to retrace the decline from the 2020 high (1.2011) as the ECB retains a dovish forward guidance, and a growing number of Governing Council officials may show a greater willingness to further insulate the Euro Area as Bundesbank President Jens Weidmann warns that the economic recovery “is in fact becoming flatter.”

Weidmann goes on to say that “the recovery of the German economy is likely to be protracted and to remain incomplete for some time,” but it seems as though the ECB is in no rush to deploy more unconventional tools in 2020 as the Governing Council insists that the EUR 1.350 trillion envelope for the Pandemic Emergency Purchase Programme (PEPP) “should be considered a ceiling rather than a target.”

In turn, the account of the ECB’s September meeting may do little to derail the rebound in EUR/USD as the central bank carries out a wait-and-see approach, and the fresh transcript may indicate more of the same for the next meeting on October 29 especially as Vice-President Luis de Guindos argues that “it would be suicidal to enter into any sort of dispute about exchange rates.”

Until then, key market trends may continue to influence EUR/USD as even though President Christine Lagarde and Co. “stand ready to adjust all of its instruments,” and the tilt in retail sentiment looks poised to persist in October as traders have been net-short the pair since mid-May. 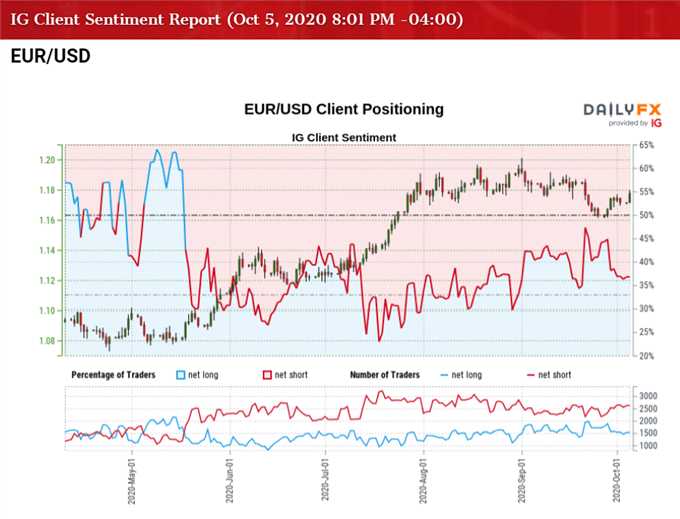 The decline in net-long position could be a function of profit-taking behavior as EUR/USD extends the advance from the September low (1.1612), but the rise in net-short interest has spurred a further tilt in retail sentiment as 38.79% of traders were net-long the pair at the start of the month.

With that said, key market themes may continue to influence EUR/USD as the crowding behavior carries into October, and the pullback from the yearly high (1.2011) may prove to be an exhaustion in the bullish trend rather than a change in market behavior as it largely mimics the correction in global equity prices.