The opening range for 2020 is in focus for AUD/USD as the exchange rate snaps the series of higher highs and lows from the end of December, while the Relative Strength Index (RSI) falls back from overbought territory.

There appeared to be a shift in AUD/USD behavior as it closed above the 200-Day SMA (0.6899) for the first time since 2018, but the near-term correction appears to have stalled ahead of the July high (0.7082) even though the US and China, Australia’s largest trading partner, pledge to sign the Phase One trade deal over the coming days.

The narrowing threat of a US-China trade war may influence the near-term outlook for AUD/USD as the Trump administration plans to sign the phase one deal on January 15, withPresident Donald Trump preparing to visit Beijing at a later date “where talks will begin on Phase Two.”

A US-China trade deal may spark a bullish reaction in AUD/USD as it instills an improved outlook for the Asia/Pacific region, and the Reserve Bank of Australia (RBA) may stick to the sidelines at its first meeting for 2020 as “the Australian economy appears to have reached a gentle turning point.” 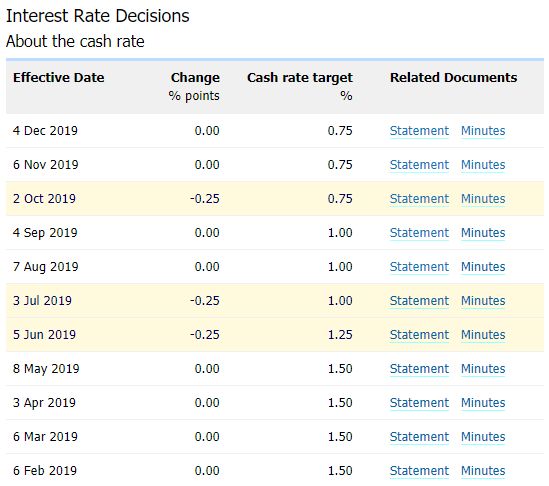 In turn, Governor Philip Lowe and Co. may strike an improved outlook and tame speculation for lower interest rates on February 4 as officials “assess the evidence of how the easing in monetary policy was affecting the economy.”

However, the RBA may emphasize that the board has “the ability to provide further stimulus” amid the weakening outlook for global growth, and the dovish forward guidance may produce headwind for the Australian Dollar especially as the International Monetary Fund (IMF) warns that “unconventional monetary policy measures such as quantitative easing may become necessary.”

With that said, the diverging paths for monetary policy may rattle the Australian Dollar as the Federal Reserve moves way from its rate easing cycle, and the recent shift in AUD/USD behavior may turn out to be a mere correction in the exchange rate as the advance from the advance from the 2019 low (0.6671) sputters ahead of the July high (0.7082).

Want to know what other currency pairs the DailyFX team is watching? Download and review the Top Trading Opportunities for 2020.