AUD/USD preserves the range-bound price action from earlier this week amid growing hopes for a US-China trade deal, but the monthly opening range keeps the downside targets on the radar as the exchange rate pulls back ahead of the October-high (0.6930).

AUD/USD appears to be stuck in a narrow range as US and China officials hold a call regarding phase one of the trade deal, and headlines surrounding the negotiations may continue to influence the exchange rate as the weakening outlook for global growth puts pressure on the Reserve Bank of Australia (RBA) to further embark on its rate easing cycle.

It remains to be seen if a major announcement will be made before the Trump administration implements additional tariffs on December 15, and the ongoing shift in US trade policy may keep the RBA on its toes as “the risks to the global growth forecasts were still tilted to the downside.”

In response, the RBA may continue to endorse a dovish forward guidance as the board stands ready “to ease monetary policy further if needed,” but it seems as though the central bank will stick to the sidelines at its last meeting for 2019 as officials gauge “the effects of the earlier monetary easing.” 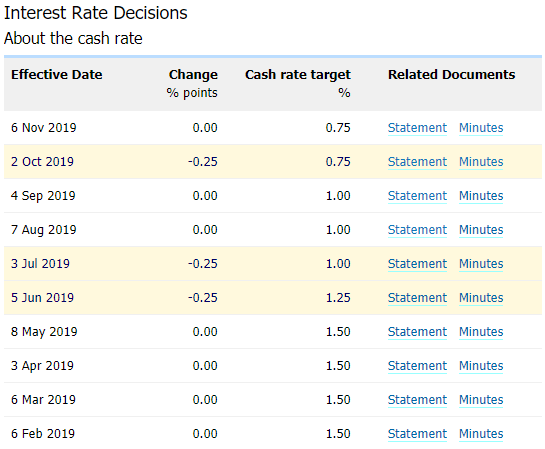 Nevertheless, a recent speech by Governor Philip Lowe indicates the central bank will continue to push monetary policy into uncharted territory as the central bank head states that “our current thinking is that QE becomes an option to be considered at a cash rate of 0.25 per cent.”

Governor Lowe followed up the dovish statement by saying that “QE is not on our agenda at this point in time,” but the comments suggest the central bank will continue to insulate the economy with lower interest rates as China, Australia’s largest trading partner, struggles to reach a trade deal with the Trump administration.