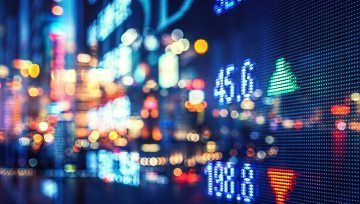 EURUSD bounces back from a fresh yearly-low (1.0926) as the US ISM Manufacturing survey sinks to its lowest level since 2016, and the exchange rate may stage a larger rebound over the coming days as signs of a slowing economy puts pressure on the Federal Reserve to reverse the four rate hikes from 2018.

EURUSD attempts to pare the decline from the end of August as the ISM Manufacturing survey slips to 49.1 from 51.2 in July, with a reading below 50 indicative of a contraction for the sector.

A deeper look at the report showed the employment component also narrowing to 47.4 from 51.7 during the same period, and the update raises the risk of seeing a below-forecast print for Non-Farm Payrolls (NFP) as the shift in US trade policy appears to be hitting business confidence.

In response, St. Louis Fed President James Bullard, a 2019-voting member on the Federal Open Market Committee (FOMC), insists that the central bank “should have a robust debate about moving 50 basis points” at its quarterly meeting scheduled for later this month, with the official going onto that say that the board should “respect the market signal” as Fed Fund futures continue to show overwhelming expectations for a 25bp reduction on September 18. In fact, Fed Fund futures are now showing renewed expectations for a 50bp rate cut later this month, but there appears to be a growing dissent with the central bank as Boston Fed President Eric Rosengren, another 2019-voting member, argues that “if the consumer continues to spend, and global conditions do not deteriorate further, the economy is likely to continue to grow around 2%.”

It remains to been if the FOMC will deliver back-to-back rate cuts as the Atlanta Fed GDPNow model projects the US economy to expand 2.3% in the third quarter of 2019 compared to 2.2% on August 16, and the FOMC may find it difficult to justify a rate easing cycle amid little indications of a looming recession.

With that said, the mixed language coming out of the Federal Reserve may dampen the appeal of the US dollar as it raises the risk of a policy error, and EURUSD may stage a larger rebound over the coming days as the Relative Strength Index (RSI) appears to be bouncing back from oversold territory.

For more in-depth analysis, check out the3Q 2019 Forecast for Euro