The price of gold remains bid even though China looks to negotiate with the US “in a calm manner,” and the precious metal may continue to exhibit a bullish behavior as the Relative Strength Index (RSI) approaches overbought territory.

Current market conditions are likely to keep gold prices afloat as there appears to be a flight to safety, and little indications of a looming US-China trade deal may push market participants to find an alternative to fiat currencies amid the threat of a policy error.

It seems as though the Federal Reserve will come under increased pressure to insulate the US economy as President Donald Trump tweets that the “Fed has been calling it wrong for too long,” and the central bank may continue to alter the forward guidance for monetary policy as “participants were mindful that trade tensions were far from settled and that trade uncertainties could intensify again.” 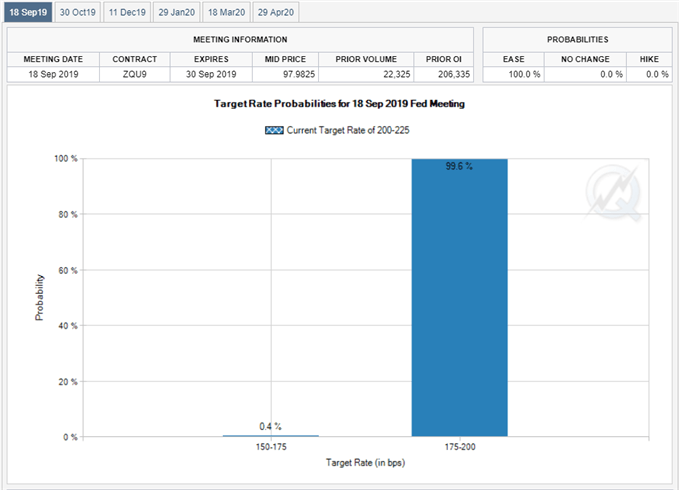 Keep in mind, Fed Fund futures continue to show overwhelming expectations for at least a 25bp reduction on September 21, but it remains to be seen if the central bank will reverse the four rate hikes from 2018 as Chairman Jerome Powell argues that monetary policy “cannot provide a settled rulebook for international trade.”

In turn, the shift in US trade policy may spur a greater rift within the Federal Open Market Committee (FOMC), and a growing number of Fed officials may resist calls to implement a rate easing cycle as the economy shows little signs of an imminent recession. 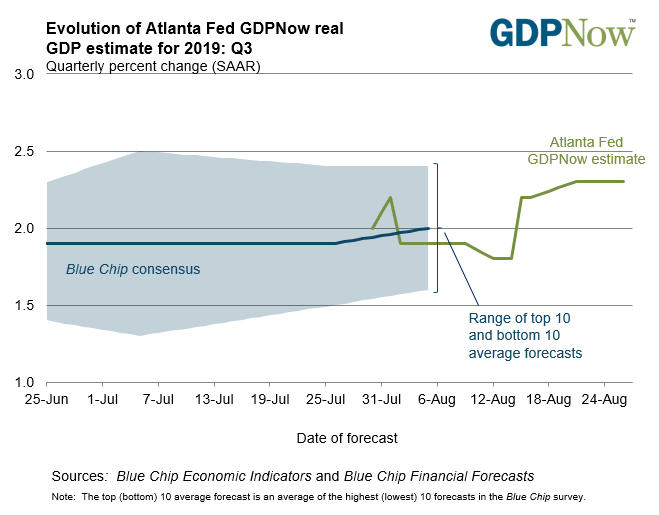 In fact, the update to Atlanta Fed GDPNow model shows the US economy expanding 2.3% in the third quarter of 2019 compared to 2.2% on August 16, and the FOMC may find it increasingly difficult to justify back-to-back rate cuts as “participants generally judged that downside risks to the outlook for economic activity had diminished somewhat since their June meeting.”

With that said,the risk of a policy error may push market participants to hedge against fiat currencies, and falling US Treasury yields along with the inverting yield curve are likely to keep gold prices afloat as there appears to be a flight to safety.