Oil prices appear to be stuck in a narrow range amid the ongoing trade dispute between the U.S. and China, the two largest consumers of crude, but the price of oil may continue to catch a bid in 2019 as the Organization of the Petroleum Exporting Countries (OPEC) pledge to keep ‘inventories under control.’

The ongoing threat of a U.S.-China trade war may continue to drag on oil prices as the Organisation for Economic Co-operation and Development (OECD) warns ‘trade tensions are not only hurting the short-term outlook but also medium-term prospects, calling for urgent government action to reinvigorate growth.’ 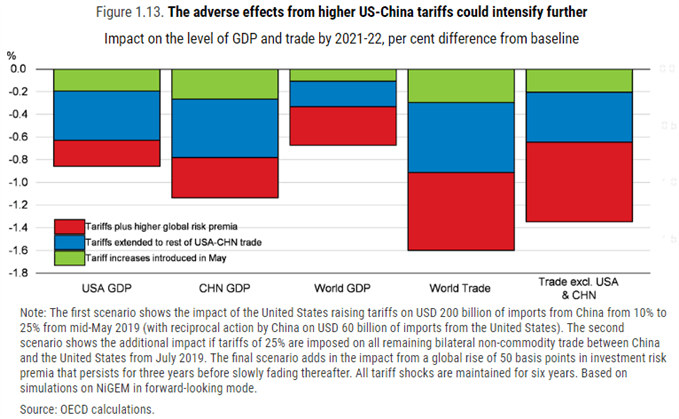 The OECD goes onto say that ‘the tariffs imposed by the United States and China in 2018, which are incorporated in the projections, have already started to slow growth and add to inflation,’ with the group highlighting the adverse effects from the trade dispute as ‘there is also a risk of additional tariffs being implemented in the future, covering the full spectrum of trade between the United States and China.’

It remains to be seen if OPEC and its allies will respond to the weakening outlook for global growth as Saudi Arabia Minister of Energy, Industry and Mineral ResourcesKhalid A. Al-Falih insists that ‘the vigorous participation of select countries, and its visible results, have shown the full potential of OPEC+ if everyone plays a full role,’ and the ongoing alliance may keep crude prices afloat ahead of the next meeting on June 25 as the group remains in no rush to boost production.

With that said, oil prices may continue to track the upward trending channel from earlier this year as the OPEC + alliance remains in effect, and the current environment may bring the topside targets back on the radar as crude trades near the monthly-high ($63.93). 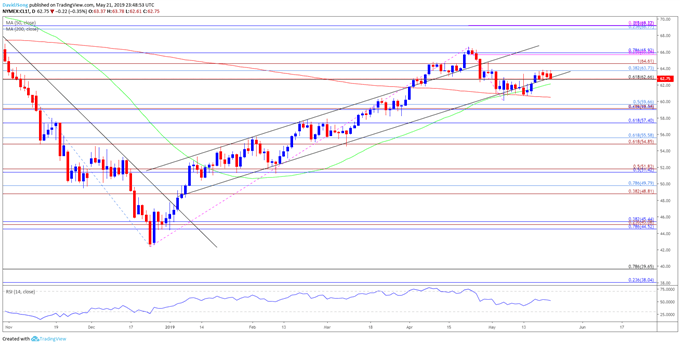