Gold appears to have marked a failed run at the monthly-high ($1237) as it snaps the range-bound price action from the previous week, and the precious metal may exhibit a more bearish behavior over the coming days as it initiates a series of lower lows. 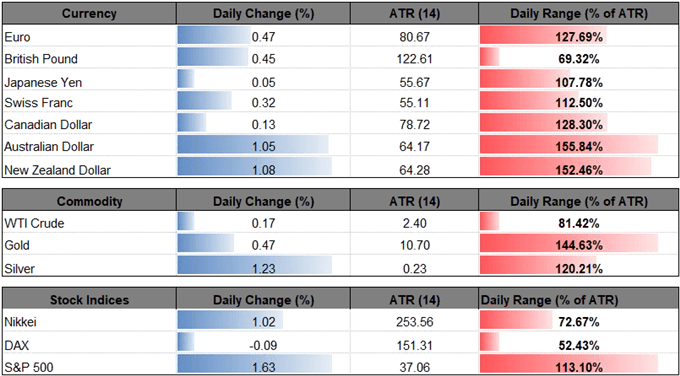 It seems as though the recent rebound in gold will continue to unravel as the Federal Reserve is still expected to deliver a 25bp rate-hike in December, and rising interest rates may continue to sap the appeal of bullion as the central bank appears to be on track to carry the hiking-cycle into 2019.

Even though Chairman Jerome Powell warns that the federal funds rate is ‘just below the broad range of estimates of the level that would be neutral for the economy,’ the fresh comments suggest the central bank will continue to normalize monetary policy over the coming months as ‘interest rates are still low by historical standards.’ 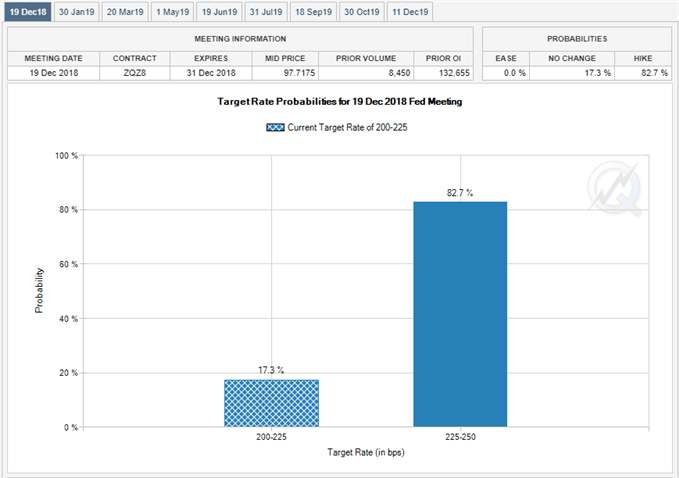 The Federal Open Market Committee (FOMC) may have little choice but to further normalize monetary policy in 2019 as the shift in U.S. trade policy boosts import price, and Chairman Powell & Co. may ultimately deliver a hawkish rate-hike at the last meeting for 2018 as ‘several participants reported that firms in their Districts that were facing higher input prices because of tariffs perceived that they had an increased ability to raise the prices of their products.’

With that said, rising U.S. interest rates may continue to sap the appeal of gold especially as Fed officials endorse a hawkish forward-guidance for monetary policy, but sentiment surrounding bullion remains skewed as the retail crowd continues to bet on higher gold prices. 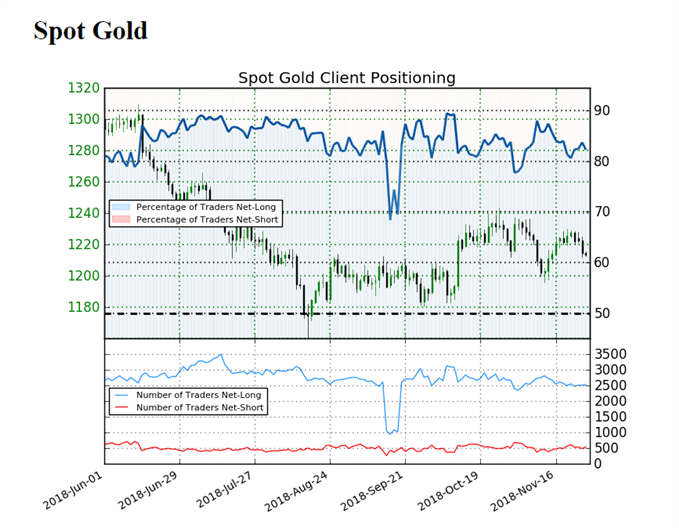 The ongoing tilt in retail position undermines the rebound from the 2018-low ($1160) as it offers a contrarian view to crowd sentiment, and the failed attempt to test the monthly-high ($1237) brings the downside targets back on the radar as the price for bullion carves a fresh series of lower highs & lows. Sign up and join DailyFX Currency Analyst David Song LIVE for an opportunity to discuss potential trade setups. 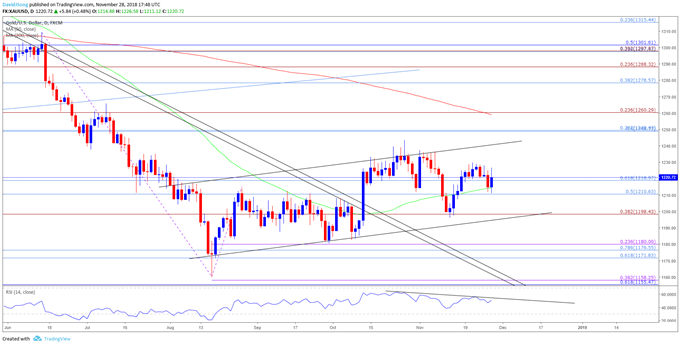