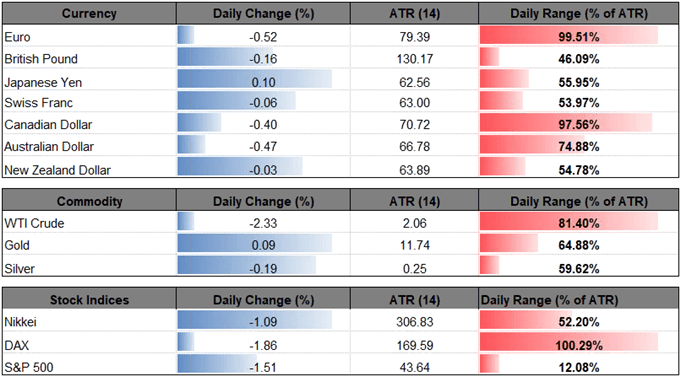 USD/JPY continues to chip away at the advance from the October-low (111.38) even as New York Fed President John Williams, a permanent voting-member on the Federal Open Market Committee (FOMC), argues that monetary policy is ‘not on a preset course,’ but it seems as though the central bank will stick to a gradual approach in normalizing monetary as the ‘goal here is to keep the economy strong, keep this expansion going as long as possible.’ 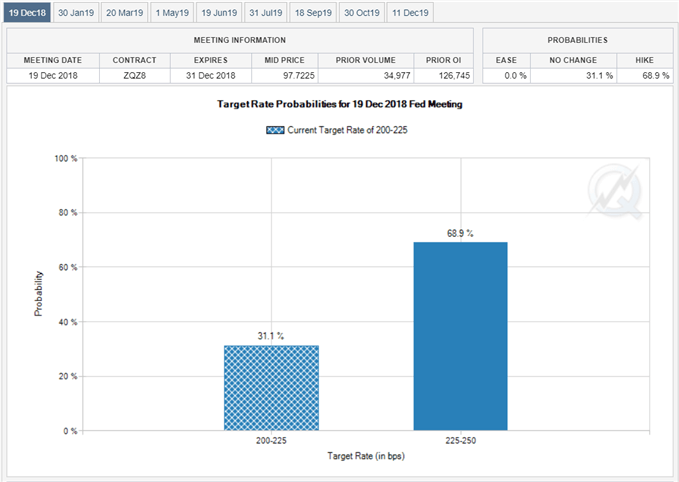 Even though the FOMC is widely expected to deliver a 25bp rate-hike in December, there appears to be limited views on extending the hiking-cycle as Vice-Chairman Richard Clarida tames bets for above-neutral interest rates. The comments suggest the FOMC is in no rush to alter the forward-guidance for monetary policy amid the uncertainty surrounding the world economy, and Chairman Jerome Powell & Co. may continue to project a longer-run interest rate around 2.75% to 3.00% at the next quarterly meeting in December as ‘profit growth and estimates of profit growth are slowing.’

With that said, the deviating paths for monetary policy still casts a long-term bullish outlook for USD/JPY especially as the Bank of Japan (BoJ) is in no rush to move away from its Quantitative/Qualitative Easing (QQE) Program with Yield-Curve Control, but the exchange rate may stage a larger correction ahead of the Group of 20 (G20) Summit on tap for the end of the month as the recent pullback appears to be shifting retail interest. 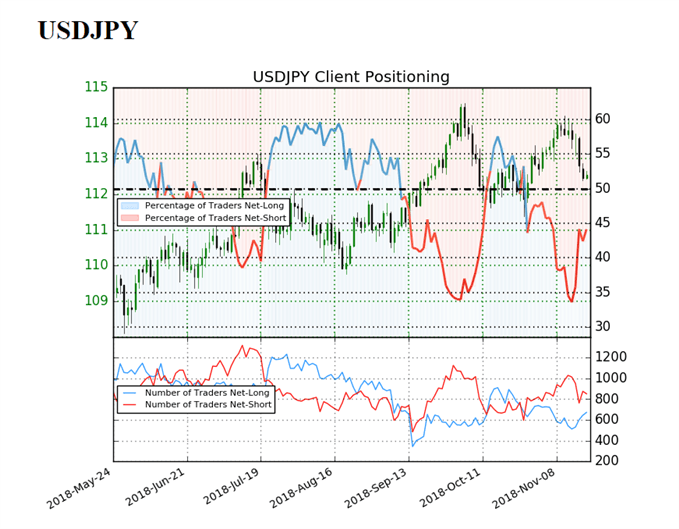 The IG Client Sentiment Report shows 44.1% of traders are still net-long USD/JPY compared to 40.2% at the end of the previous week, with the ratio of traders short to long at 1.27 to 1. Keep in mind, traders have remained net-short since November 2 when USD/JPY traded near 113.20 even though price has moved 0.2% lower since then. Moreover, even though the majority (net-shorts) stands to benefit from a further decline in the exchange, the number of traders net-long is 9.4% higher than yesterday and 8.9% higher from last week, while the number of traders net-short is 7.3% higher than yesterday and 14.6% lower from last week.

A further accumulation in net-long position may ultimately generate a shift in the IG Client Sentiment index, which may mimic the developments from earlier October as the gauge for retail sentiment bounced back from extremes, and recent price action keeps USD/JPY vulnerable to a larger pullback as the exchange rate continues to carve a string of lower highs & lows. Sign up and join DailyFX Currency Analyst David Song LIVE for an opportunity to discuss potential trade setups. 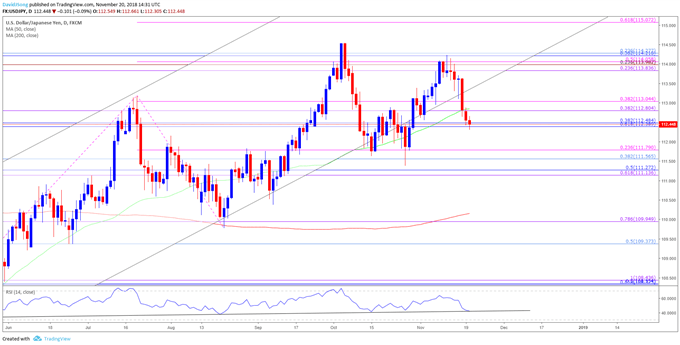 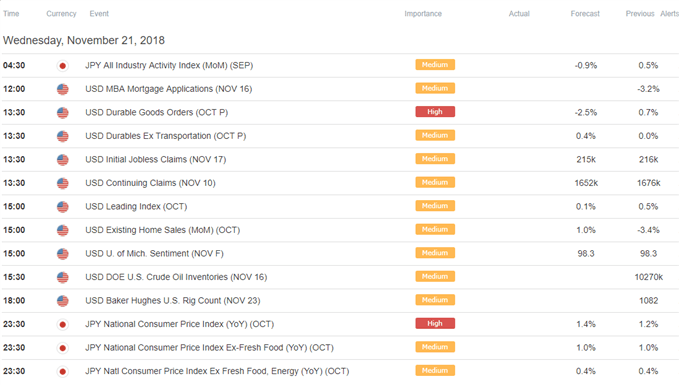