NZD/USD remains under pressure as the Reserve Bank of New Zealand (RBNZ) keeps the official cash rate at the record-low of 1.75% in June, and the exchange rate stands at risk for further losses as it extends the series of lower highs & lows from earlier this week, while the Relative Strength Index (RSI) pushes into oversold territory. 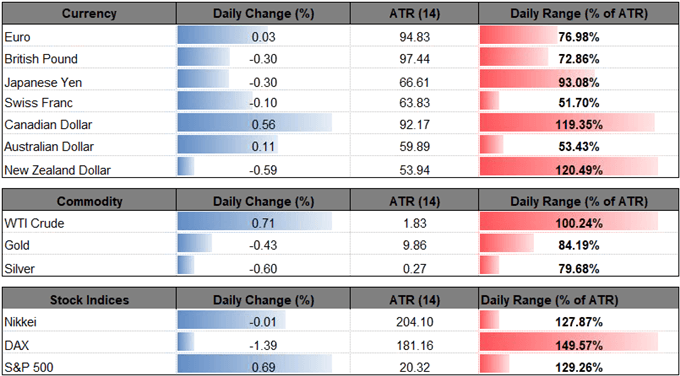 The limited reaction to the RBNZ interest rate decision keeps the downside targets on the radar for NZD/USD, and the New Zealand dollar stands at risk of facing additional headwinds over the near-term as the central bank remains in no rush to start normalizing monetary policy.

The RBNZ reiterated that the cash rate can move ‘up or down – as necessary’ as inflation continues to run below the 2% target, and it seems as though Governor Adrian Orr & Co. will preserve the wait-and-see approach throughout the remainder of the year as the central bank looks to ‘ensure the OCR is at an expansionary level for a considerable period.’

Moreover, the statement suggests the RBNZ will continue to tame bets for a 2018 rate-hike as officials warn ‘the recent weaker GDP outturn implies marginally more spare capacity in the economy than we anticipated,’ and the central bank may merely attempt to buy more time at the next meeting on August 8 as ‘the Government’s projected spending impulse is also slightly lower and later than anticipated.’

In turn, the RBNZ’s dovish forward guidance for monetary policy is likely to keep the New Zealand dollar under pressure, with recent developments in NZD/USD raising the risk for a further decline in the exchange rate as the bear-flag formation continues to unfold, while the Relative Strength Index (RSI) dips into oversold territory. 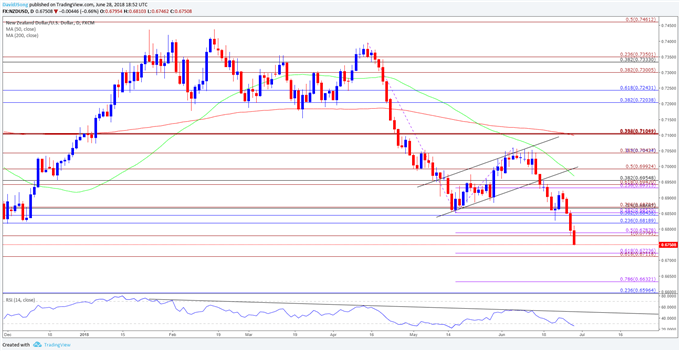 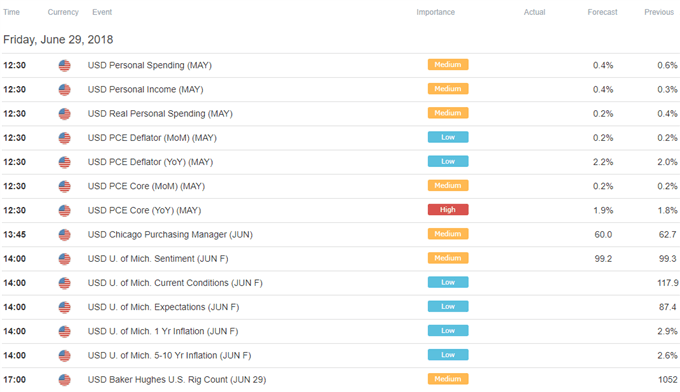