The New Zealand dollar struggles to hold its ground ahead of the Reserve Bank of New Zealand (RBNZ) meeting on June 28, with recent price action raising the risk for a further decline in NZD/USD as the exchange rate snaps the recent series of higher highs & lows. 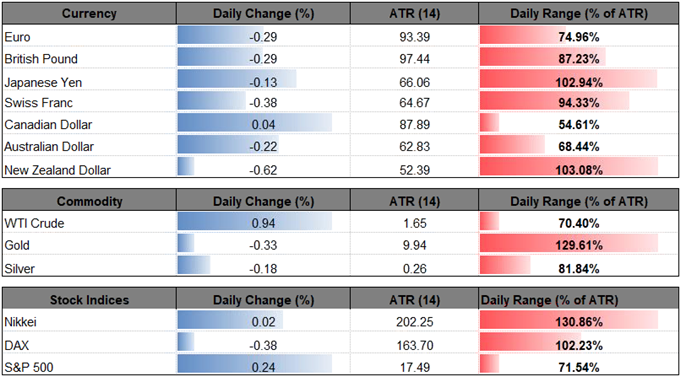 Just ahead of the RBNZ interest rate decision, updates to New Zealand’s Balance of Payments (BoP) is anticipated to show the Trade Balance surplus narrow to NZ$ 100M from 263M in April, and a dismal development may keep NZD/USD under pressure as it encourages the central bank to keep the official cash rate (OCR) at the record-low throughout 2018.

The RBNZ is likely to reiterate that ‘the direction of our next move is equally balanced, up or down’ amid the uncertainty surrounding the economic and Governor Adrian Orr & Co. may continue to endorse a wait-and-see approach for monetary policy as officials ‘expect to keep the OCR at this expansionary level for a considerable period of time.’ In turn, more of the same from the RBNZ is likely to sap the appeal of the New Zealand dollar as market participants curb bets for a rate-hike in 2018, and the kiwi-dollar exchange rate stands at risk of exhibiting a more bearish behavior especially as the Federal Open Market Committee (FOMC) appears to be on track to implement higher borrowing-costs over the coming months.

With that said, the broader outlook for NZD/USD remains mired by the diverging paths for monetary policy, with the pair at risk facing a more bearish fate over the near-term as a bear-flag formation plays out. 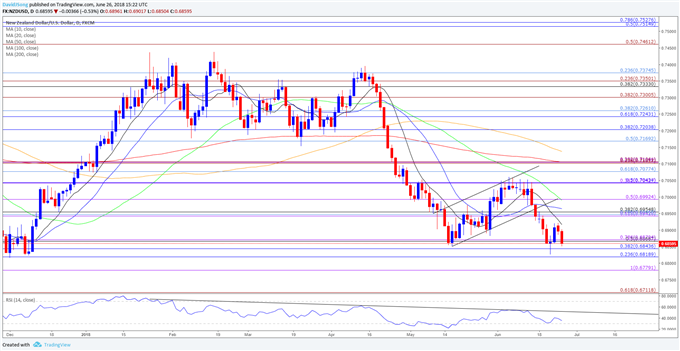