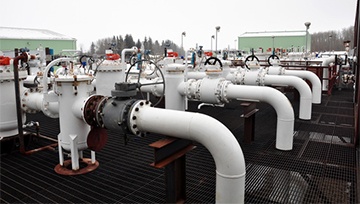 Crude may face range bound conditions ahead of the Organization of the Petroleum Exporting Countries’ (OPEC) meeting on June 22 as it snaps the recent string of lower highs & lows, but the broader outlook highlight the risk for lower energy prices as oil fails to retain the bullish trend carried over from the previous year. 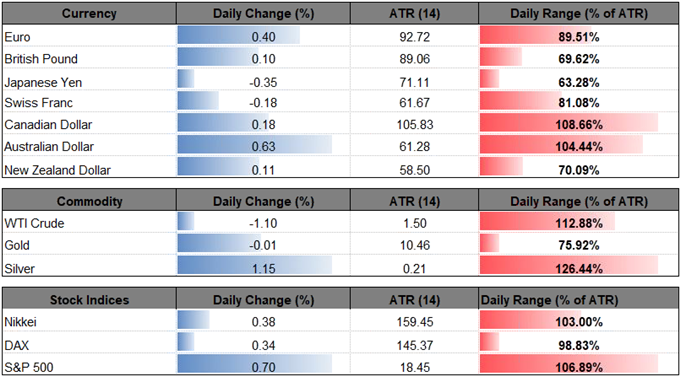 Crude stand at risk of facing a more bearish fate over the summer months as the Trump Administration shows a growing interest to curb energy prices, and OPEC appears to be on track to discuss a potential adjustment at the upcoming meeting on June 22 as its production-cutting efforts come under increased scrutiny.

Even though OPEC and its allies remain committed to rebalancing the energy market, a material change in the production schedule is likely to impact oil prices as U.S. firms continue to ramp up supply.

Updated figures from the U.S. Energy Information Administration (EIA) showed the 2072K rise in crude inventories was accompanied by a 0.3% pickup in field outputs, and the ongoing expansion in shale production may help to fuel the recent weakness in oil prices especially if OPEC and its allies look to boost their capacity over the months ahead.

As a result, it may only be a matter of time before crude succumbs to a larger correction, with oil prices at risk of giving back the advance from the 2018-low ($58.11) as both price and the Relative Strength Index (RSI) snap the bullish formations from earlier this year. 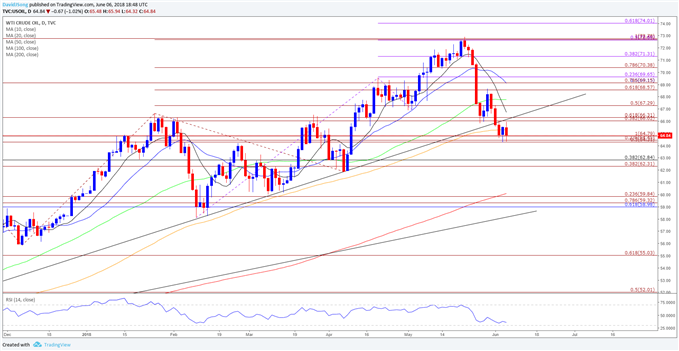 For more in-depth analysis, check out the Q2 Forecast for Oil