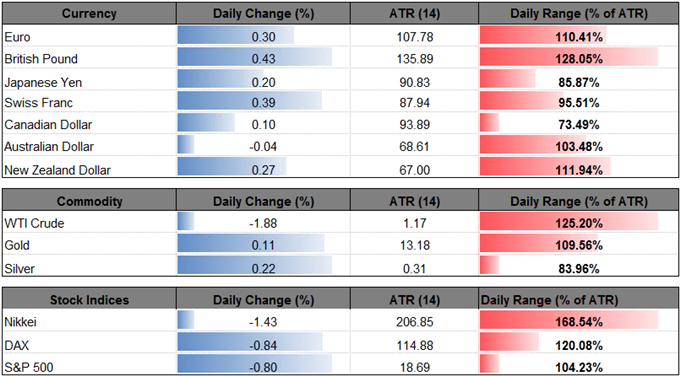 EUR/USD pares the decline from earlier this week as the 4Q Euro-Zone Gross Domestic Product (GDP) report showed the growth rate expanding an annualized 2.7% to outpace the U.S. economy, and the pair may continue to gain ground over the next 24-hours of trade should the Consumer Price Index (CPI) boost the outlook for underlying inflation.

Even though the headline reading is expected to slow to an annualized 1.2% in January, a pickup in the core CPI print may keep the Euro afloat as it encourages the European Central Bank (ECB) to move away from its easing-cycle. Positive developments coming out of the monetary union may keep President Mario Draghi and Co. on course to end the quantitative easing program in September, and the central bank may start to adopt a hawkish tone over the coming months as ‘the latest economic data and survey results indicate continued strong and broad-based growth momentum at the turn of the year.’

At the same time, Governing Council officials may continue to jawbone the Euro ahead of the next meeting on March 8 as the exchange rate trades at the highest level since 2014, but the broader shift in EUR/USD behavior may continue to unfold in 2018 as the central bank starts to taper the quantitative-easing (QE) program. 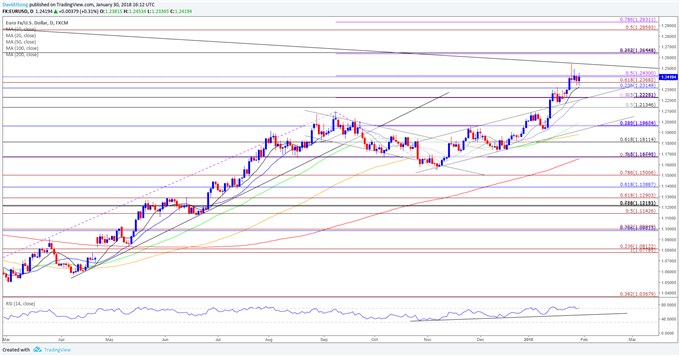 Downside targets are coming back on the radar for crude as it snaps the narrow range from the previous week, with oil prices initiating a fresh series of lower highs & lows.

Keep in mind, efforts by the Organization of the Petroleum Exporting Countries (OPEC) and its allies to rebalance the energy market may continue to prop up oil prices as the production-cuts are expected to stay in place until the end of 2018, and the group may keep the door open to further extend the extraordinary measures amid the ongoing rise in U.S. production.

Even though U.S. Crude Oil Inventories are projected to rebound 800K in the week ending January 26, another pickup in field production may drag on energy prices as especially as the U.S. Energy Information Administration (EIA) anticipates record output this year with ‘total U.S. crude oil production to average 10.3 million barrels per day (b/d) in 2018, up 10% from 2017.’

In turn, crude stands a risk for a larger pullback especially as the Relative Strength Index (RSI) deviates with price, and the momentum indicator appears to be on track to test the bullish formation carried over from 2017 as it finally falls back from overbought territory. Want to know what other currency pairs the DailyFX team is watching? Download and review the Top Trading Opportunities for 2018. 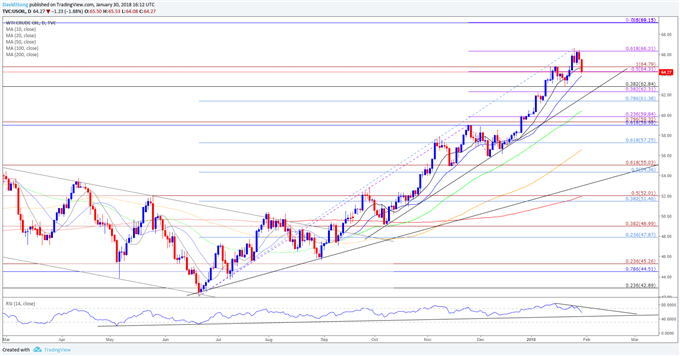 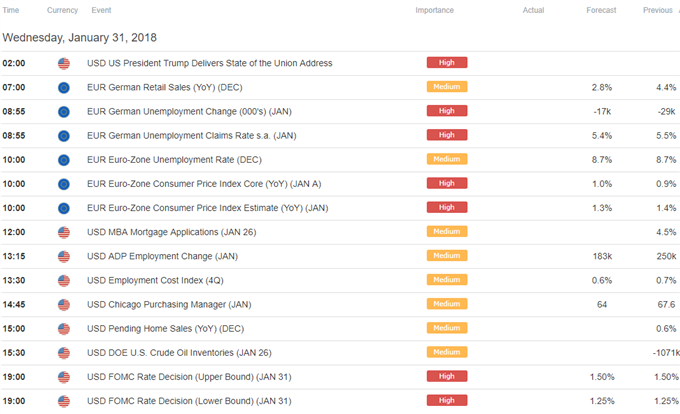