US Dollar Resilience May Foreshadow Gains as Data Flow Slows 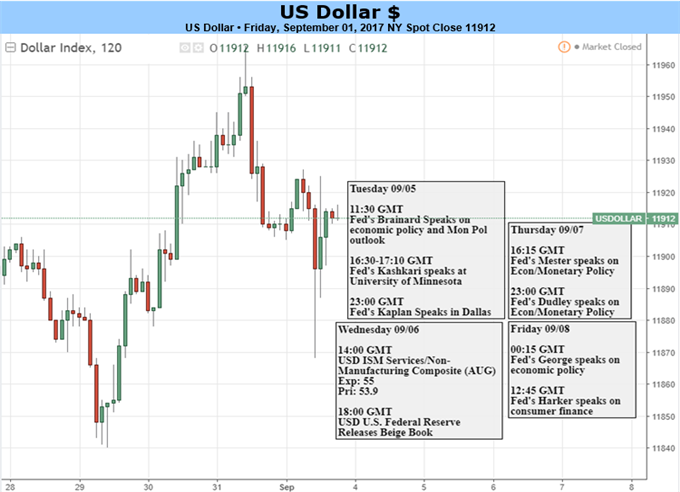 The US Dollar continues to impress with its resilience last week. In the past three weeks, the greenback managed to navigate past political turmoil as well as Fed Chair Janet Yellen’s inconclusive performance at the Jackson Hole symposium, emerging relatively unscathed. It has now managed to shrug off August’s broadly disappointing employment report as well.

The numbers showed that last month’s payrolls growth fell short of expectations and July’s increase was revised downward. Meanwhile, the unemployment rate unexpectedly ticked up and wage inflation held steady, falling short of consensus forecasts calling for an increase. On balance, this might’ve been expected to sink the benchmark currency, yet an initial plunge was promptly erased to put it flat by week-end.

This kind of performance seems even more impressive considering the Dollar posted robust gains when second-quarter GDP statistics were upgraded more than analysts projected. That seems to imply that the markets are more responsive to positive versus negative US economic news-flow, meaning traders’ skepticism about actually realizing the Fed’s projected third rate hike in 2017 has been all but fully priced in.

A slowdown in top tier economic data releases will see this theory tested in the week ahead. The service-sector ISM survey is the only item of particular note, with forecasts pointing to an uptick. Instead, most of the week will be spent parsing Fed commentary as the central bank’s Beige Book survey is released while a steady stream of scheduled speeches from FOMC officials comes across the wires.

Recent pronouncements from most members of the rate-setting committee have sounded decidedly more hawkish about rate hikes than what the markets are envisioning. More of the same coupled with an ISM print that echoes nearly three months of broadly improving US economic news-flow and a Beige Book that isn’t unambiguously negative – hardly a tall order – may help unleash pent up pro-USD impulses. 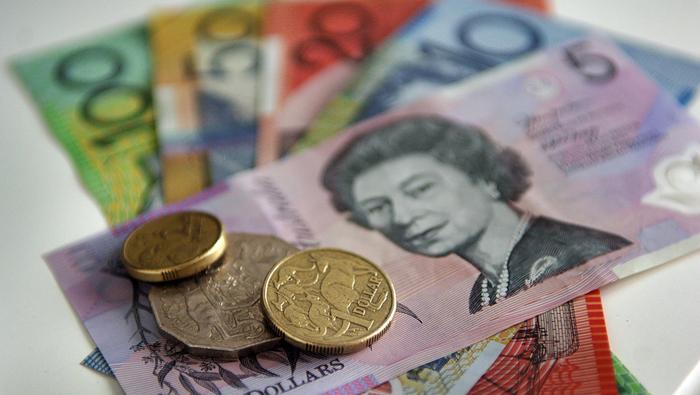