If you were away from the trading desk last week you didn’t miss much as the Dow Jones, Nasdaq 100 and S&P 500 endured tiresome price action with some of the tightest daily trading ranges in the post-pandemic era. After a forgettable week of trade, the Dow Jones slipped nearly 1% while the Nasdaq 100 and S&P 500 climbed roughly 1.6% and 0.3% higher respectively. Not every market was quite as tame, however, as US Treasury yields slipped to their lowest since early March and crude oil broke above $70 for the first time since October 2018. 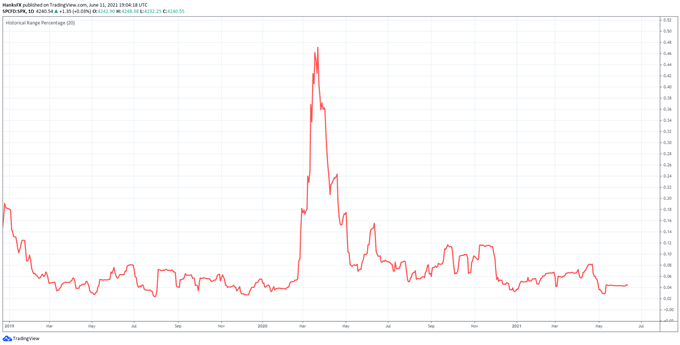 The disjointed price action unfolded alongside white-hot inflation data that revealed the United States economy is running well above the Fed’s 2% inflation target. Still, the market reaction to the data announcement was wildly underwhelming with little movement in any of the relevant markets aside from Treasury yields which arguably moved inversely to what many analysts would expect given the print. Evidently it would seem the market has entered the summer doldrums early as volume and volatility continue to dry up. 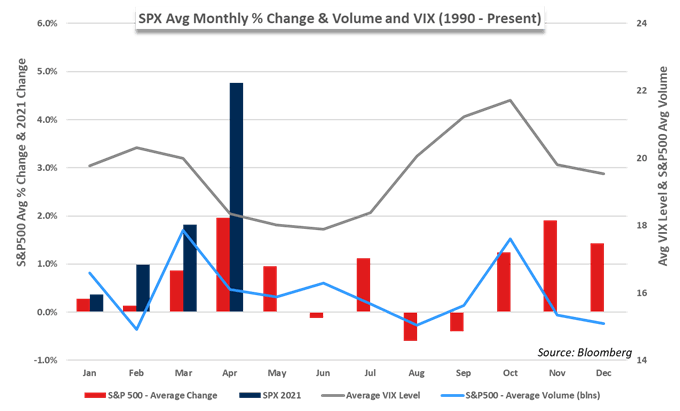 That being said, the upcoming June FOMC meeting has the potential to revive price action and snap some of the trading ranges that have been established in recent weeks. While the reaction to inflationary figures was muted, the data will undoubtedly be incorporated into the Fed’s updated Summary of Economic Projections (SEPs) at their meeting where inflation figures might be afforded another opportunity to rile up investor concern.

Either way, analysts and investors will eagerly await insight from the Federal Reserve on the expected pace of economic growth, inflation readings and their planned policy path which might help to settle the taper tantrum and transitory inflation debates once and for all. The two conversations have dominated market discourse and have been largely responsible for the price trends market participants have observed over the last few months. With much on the line, volatility could return if the Fed’s remarks differ from what Wall Street has come to expect.

In the meantime, markets continue to experience directionless price action in anticipation of the central bank meeting although it is important to remember the longer-term uptrend of the major US indices remains firmly intact. As markets await the Fed, follow @PeterHanksFX on Twitter for updates and analysis.