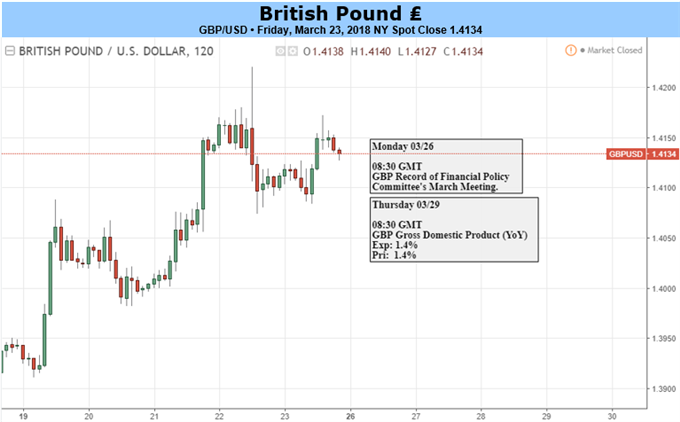 How are Retail Traders Currently Positioned in GBPUSD and why does it matter?

We have changed our outlook for GBP to bullish from neutral after a positive week of news for the British Pound. We would however warn against chasing trades and prefer to ‘buy on dips’ after this week’s price action.

The British Pound came back into fashion this week with positive hard data, a hawkish-leaning MPC meeting and news that the Brexit transition period had been agreed between the EU and the UK.

Inflation data may not have stood out as GBP positive at first sight – annual CPI fell to 2.7% from a prior 3.0% - but when coupled with slightly higher-than-expected average wages – 2.6% against 2.5% (ex-bonus) prior – Sterling took comfort that negative real wages may be a thing of the past and rallied.

The EU/UK transition period was expected to be formally ratified at the EU Council Summit at the end of the week but on Monday news broke that both sides expected it to be passed, pushing GBP higher. The extra icing on the Sterling cake came on Thursday when the Bank of England announced that all monetary policy settings were unchanged but the voting pattern showed two MPC members voted for an immediate 0.25% rate hike.

Looking forward to next week, Sterling should have an easier path with little in the way of UK data to deflect it, while noise around Brexit is expected to be muted after the latest agreement. GBPUSD trades comfortably above all three moving averages, the pair is not in overbought territory, while IG Client Sentiment data shows that traders remain net-short of GBPUSD, a contrarian bullish signal. A break back above this week’s high at 1.4220 should open the way to 1.4280 before re-testing the 1.43460 multi-month high.