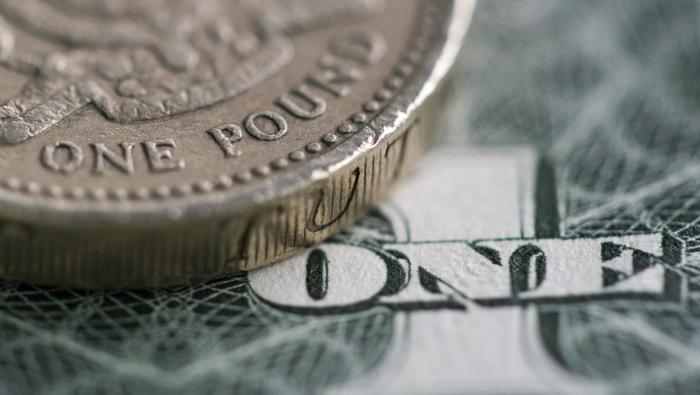 The Great British Pound, Euro and New Zealand Dollar were all softer against the US Dollar through Asian trade today in a mixed session across the boards. The Chinese Communist Party continued to implement its ‘common prosperity’ policy, with Alibaba coming under the microscope. Hong Kong’s Hang Seng Index was markedly lower as a result, as were the mainland Chinese indices.

Friday’s US PPI number were slightly higher than expected at 0.7% for the month of August against forecasts of 0.6%. This has re-stoked the inflation debate with several G10 CPI numbers due this week.

Paul Krugman wrote in The New York Times over the weekend that he believes the inflation this time around to be similar to the 1951 style of inflation, rather than the 1979 version. He sees high price growth prints at the moment are transitory. The market also appears to think that, with the benchmark US 10-year inflation being pegged at 2.39% through the pricing of Treasury Inflation Protected Securities (TIPS).

Aluminium continued its meteoric rise after last week’s coup d’état in Guinea. The country is the world’s largest producer of bauxite, the base element for aluminium. Crude oil was also higher on the day, with concerns over the pace of the production recovery in the aftermath of hurricane Ida.

Looking ahead, after a series of European CPI numbers, the US CPI release will be closely watched by markets.

The Great British Pound continues to trade in a narrowing band against the US Dollar in a currency pair that lacks any kind of momentum in either direction. This range trading environment might persist for a period.

Looking at the previous highs and lows, a change in the pattern would require GBP/USD to trade above 1.3982 or below 1.3572. Inside of those parameters, 1.3602 might provide support and 1.3892 may offer resistance. A move below the 21-day simple moving average of 1.3767 could generate some momentum to test the lower end of the range. 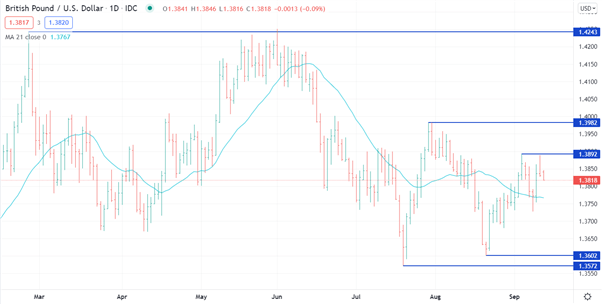