Equity markets moved higher during Asia-Pacific trade as Chinese Caixin Manufacturing PMI increased for the sixth consecutive month and jumped to its highest level since January 2011.

Japan’s Nikkei 225 index soared 1.4% on the back of better-than-expected manufacturing PMI numbers for the month of October, while Australia’s ASX 200 index nudged 0.4% higher as job advertisements and building permits beat market expectations.

On the currency front, investors continue to favour the haven-associated Japanese Yen and US Dollar whilethe cyclically-sensitive Australian, New Zealand and Canadian Dollars all lost ground against their major counterparts, as attention shifts to the US presidential election on November 3.

Looking ahead, a slew of PMI releases out of Europe and the United States headline the economic docket. 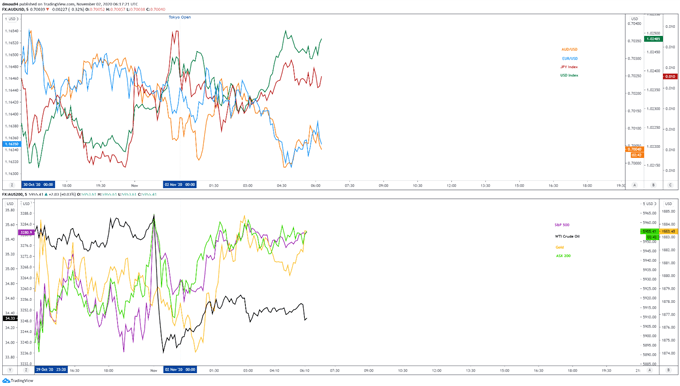 Upcoming economic data out of the Euro-area may fuel bets that the European Central Bank will ease its monetary policy settings further amid a wave of national lockdowns that threaten to upend the trading bloc’s nascent economic recovery.

The European Union’s two largest economies, France and Germany, have announced nation-wide lockdowns scheduled to last for at least a month in response to a record surge in coronavirus infections, while Italy has introduced its strictest restrictive measures since emerging from a national lockdown in May.

Although the ECB opted to hold fire at its recent monetary policy meeting on October 29, the central bank hinted that it will “recalibrate its instruments” in December after thoroughly reassessing “the economic outlook and the balance of risks”. 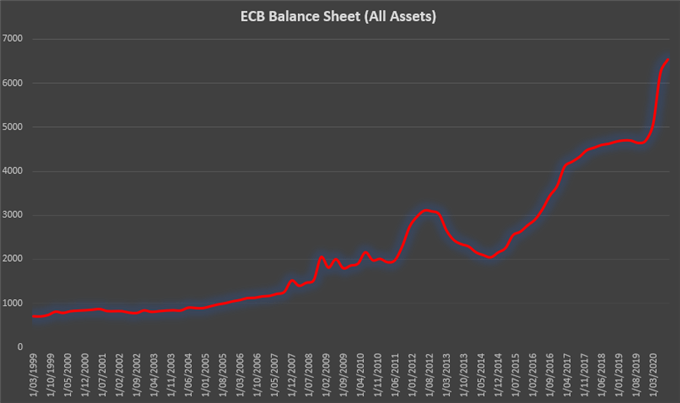 The Governing Council is expected to expand its €1.35 trillion Pandemic Emergency Purchase Program (PEPP) next month, despite only spending half of the envelope so far and some committee members suggesting that the “flexibility of the PEPP suggested that the net purchase envelope should be considered a ceiling rather than a target”.

In fact, President Christine Lagarde stated that “we are going to use all the instruments that we have with the entire flexibility that we have, and I’m clearly here referring to PEPP more than others, to address the situation and to address any development of the situation”.

Therefore, upcoming PMI and retail sales numbers out of the EU will be intently scrutinized by investors, with disappointing figures justifying the need for additional monetary support and in turn discounting the Euro against the haven-linked US Dollar and Japanese Yen.

The EUR/USD exchange rate could be at risk of significant declines in the near term, as price careens towards key support at the 100-day moving average (1.1629).

With the MACD indicator and the RSI both tracking firmly below their respective neutral midpoints, the path of least resistance looks to be lower. 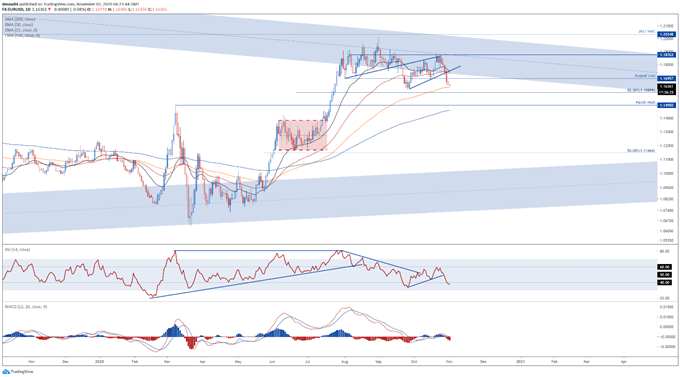 Jumping into a 4-hour chart reinforces the bearish outlook depicted on the daily timeframe, as price hurtles away from resistance at the August low (1.1696) and eyes a push to test the support range at 1.1610 – 1.1620

With the MACD indicator sinking to its lowest intraday level in 6-weeks and the RSI tentatively dipping back into oversold territory, a more extensive decline looks likely in the near term.

A break below the September low (1.1612) would probably result in a significant discounting of EUR/USD rates and bring key support at the March high into focus (1.1495).

Conversely, price may rebound back towards the August low (1.1696) if psychological support remains intact. 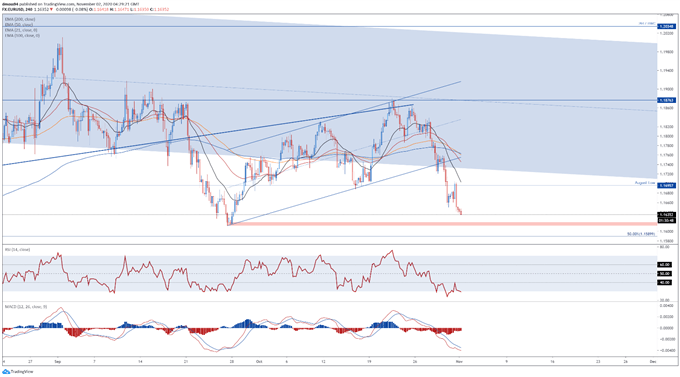 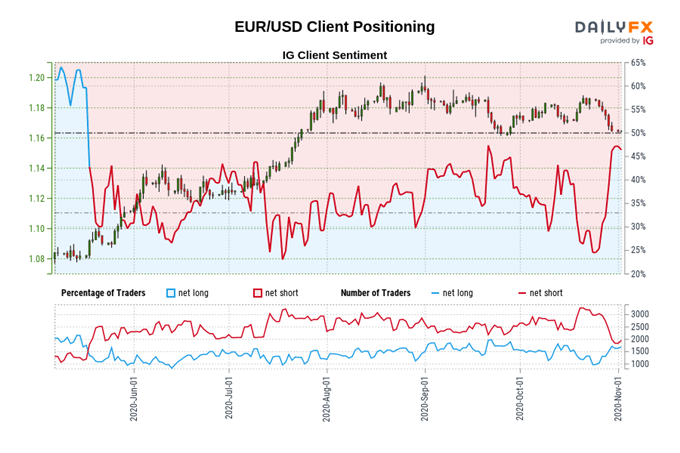 EUR/JPY rates could be poised to recover lost ground after collapsing over 4% from the yearly high set in September (127.07) and slicing below the sentiment-defining 200-day moving average (122.27) for the first time since mid-June.

However, with price tracking firmly below all four moving averages the path of least resistance seems skewed to the downside.

Zooming into a four-hour chart hints a short-term relief rally may be in the offing, as price begins to consolidate above confluent support at the descending Schiff Pitchfork 50% parallel and 161.8% Fibonacci expansion (121.65).

A bullish crossover on the MACD indicator, in tandem with bullish RSI divergence, could encourage would-be buyers and ultimately inspire a push back towards the resistance range at 122.35 – 122.45, if buyers can hurdle the psychologically imposing 122.00 mark.

That being said, an extended push to the downside looks the more likely scenario given EUR/JPY rates remain confined within a descending Schiff Pitchfork. 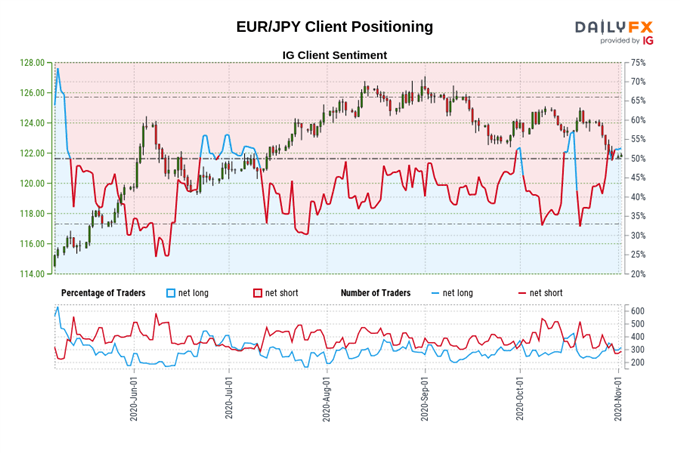