Equity markets gained during Asia-Pacific trade, with Australia’s ASX 200 index storming 1.04% higher on the back of the Westpac Leading Economic Index’s largest month-over-month rise since September 1997.

The haven-associated Japanese Yen and US Dollar lost ground against their major counterparts while the risk-sensitive Australian Dollar held steady above the 0.73 level.

Looking ahead, the eyes of the investing world will be intently focused on the Federal Reserve’s upcoming interest rate decision, with US policymakers expected to elaborate on the changes made to the central bank’s monetary policy framework.

The upcoming Federal Open Market Committee (FOMC) meeting will likely define the outlook for the haven-associated US Dollar, with the central bank expected to provide its updated Summary of Economic Projections (SEP) and show how it will implement its recent adoption of average inflation targeting (AIT).

Therefore, given the Fed’s preferred measure of price growth has consistently fallen short of the previously mandated 2% target since its implementation 8 years ago, and 5-year inflation expectations are currently hovering at 1.54%, record low interest rates appear here to stay for the foreseeable future. 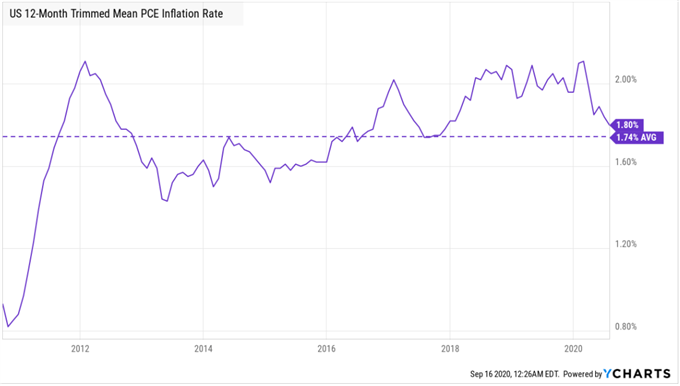 Having said that, the provision of additional stimulus, outside of forward guidance, seems relatively unlikely despite the lack of progress in Congressional stimulus talks and a Covid-19 death toll in excess of 200,00.

With that in mind, the fundamental change to the Fed’s monetary policy framework is likely to be reflected in the interest rate dotplot supplied in the updated SEP release, with a notable lowering of rate expectations in the “longer run” probably buoying risk-associated assets and hampering the performance of the Greenback. The interest rate dotplot for June showed that most US policymakers believe that the Fed Funs rate will normalize at 2.5% post-2022.

To that end, further clarification of the Federal Reserve’s updated framework could underpin risk-associated assets and in turn result in a marked discounting of the haven-associated US Dollar against its major counterparts. 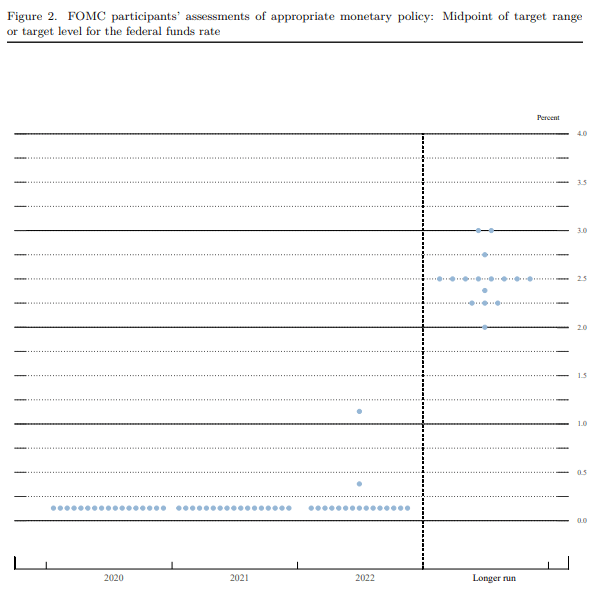 From a technical perspective, USD/JPY rates look poised to extend their trek lower after failing to climb back above confluent resistance at the trend-defining 50-day moving average (106.23) and Schiff Pitchfork parallel.

A push to fresh monthly lows looks in the offing, as the RSI and MACD indicators slide below their respective midpoints and price continues to track below the 21-, 50- and 200-day moving averages.