Equities relinquished early gains in Asia trade, as S&P 500 futures reversed after the US benchmark stock index climbed back to the 2020 open, erasing yearly losses.

US 10-year treasury yields fell back below 0.85% and the safe-haven US Dollar and Japanese Yen rose as sentiment soured ahead of Wednesday’s headline FOMC meeting.

The trade-sensitive Australian and New Zealand Dollars dipped as the World Bank downgraded China’s economic growth forecast from 6% to 1% for 2020.

Looking forward, GDP and employment data from the Eurozone headline a rather light day on the economic data front.

Releasing its Global Economic Prospects, the World Bank is forecasting the deepest global contraction since World War II, upgrading the International Monetary Fund’s (IMF) April estimates of a 3% contraction in economic output to 5.2%.

With the baseline scenario used assuming the easing of lockdowns and social distancing restrictions by June, a downside projection in which lockdowns were to continue for a further three months, could result in a global contraction as deep as 10%.

Coming as the S&P 500 rallied to erase yearly losses, the news could dampen the spirits of market participants buoyed by Friday’s record US Non-Farm Payrolls (NFP) report, with 2.5 million jobs created in May versus an expectation of an 8 million cut.

Ahead of the FOMC meeting on Wednesday, the Federal Reserve has announced it will be expanding its Main Street Lending Program to support small and mid-sized businesses as the local economy begins to emerge from hibernation.

Despite being announced in March, the program has yet to be launched. The only inkling of a time frame was provided by Chairman Jerome Powell,who stated the facility was only days away from being launched on May 29th. 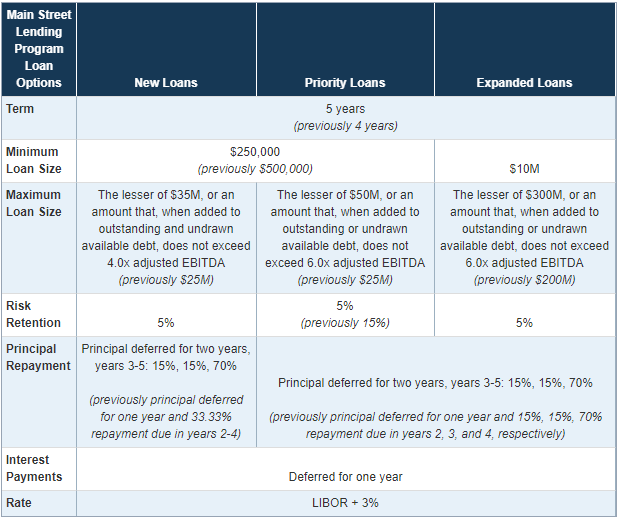 With the central bank expected to keep rates on hold, Chair Powell’s press conference will be intently scrutinized by market participants to determine if the Federal Reserve will alter its forward guidance for monetary policy, given the recent better-than-expected economic data. 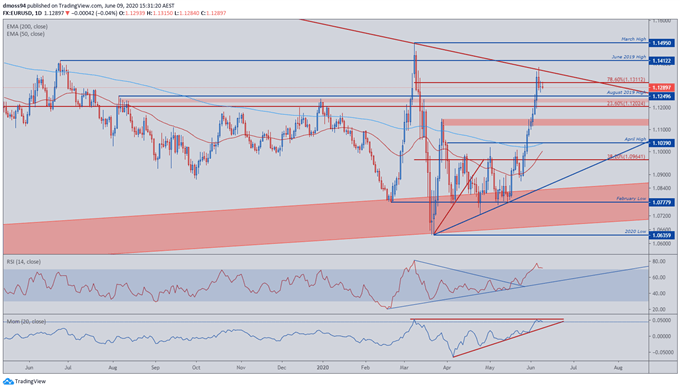 A near-term top may be forming as the Euro fails to continue its surge towards the yearly high (1.1495) against its US Dollar counterpart.

The reaction of momentum at its highest reading since March could signal a short-term correction, with a zone of support at the December high (1.1220 – 1.1240) possibly providing a base for the exchange to continue its climb towards a key region of interest at the June 2019 high (1.1412).

As the slope of the 50- and 200-day moving averages steepen, the possibility of a bullish ‘golden-cross’ eventuating within the coming days becomes more likely and could provide the impetus needed for the Euro to push higher.