At the end of Tuesday’s Wall Street session, the British Pound was left hammered after a slew of Brexit-related headlines caused Sterling to whipsaw before ending lower along with hopes for an orderly divorce. GBP’s slide may continue if Bank of England Governor Mark Carney’s testimony to the House of Lords casts gloomy shadow over sentiment, amplifies Brexit fears and capital outflow from the British Pound.

Prime Minister Boris Johnson’s Brexit deal passed by a margin of 30 votes (329 ayes and 299 noes) but was followed by a defeat in a bill (known as the program motion) to speed up the timetable of his Brexit proposal.

The PM subsequently announced steps to “intensify preparations for a no-deal Brexit” and to put a hold on debating and voting on legislation until the EU responds to the UK’s request for an extension.

EU Council President Donald Tusk said he would consult EU leaders on whether to sanction a delay until January 31 2020 or a shorter option of a November 30 deadline. An EU official also reportedly said that the bloc is considering a “flextension” whereby a hard exit date would be enforced but the UK could leave before if lawmakers ratified the deal before the deadline.

However, Mr. Johnson has reiterated that he still intends on having the UK depart from the EU by October 31, though laws passed this year prohibit him from doing so. Reconciling his campaign promise with the law is a question traders are continuing to anxiously ponder. The PM also said that if “it decides to delay everything until January or possibly longer” that he would seek an election.

However, the earliest an election would take place is in late November due to a provision put in a place that requires “25 days between an election being called in Parliament and polling day”. According to the Fixed-term Parliaments Act, Mr. Johnson would have to secure 434 votes – or two thirds of the legislature – to trigger a general election.

In the shorter term outlook, Mark Carney will be testifying before the House of Lords which could cause GBP to edge lower if his message carries gloomy undertones. With Brexit negotiations “in limbo” – to quote Speaker John Bercow – the British Pound will also remain suspended in uncertainty and vulnerable to violent price oscillations from political volatility. For more in-depth analysis, follow me on Twitter @ZabelinDimitri. 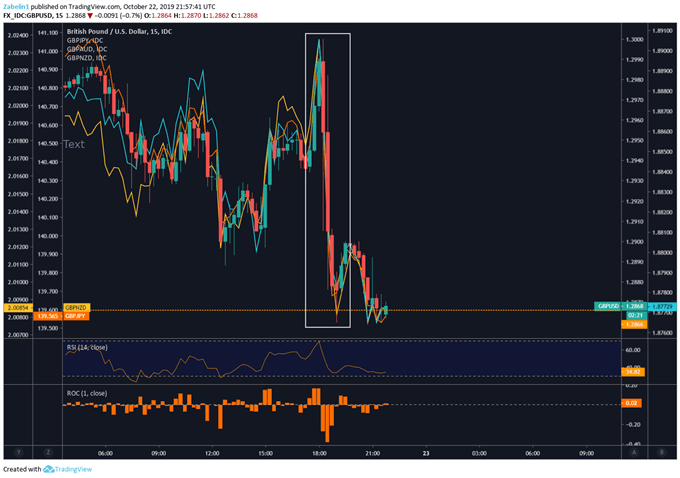