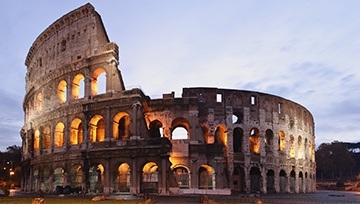 The Australian Dollar failed to make much of a second day of supportive economic data flow. The currency was unable to sustain a brief upward spike following better-than-expected jobs data having similarly shrugged at outperforming Chinese GDP data just the prior day.

Furthermore, the sentiment-linked Canadian and New Zealand Dollars faced noticeably concentrated selling pressure while the anti-risk Japanese Yen traded broadly higher. In all, this seemed to imply a broad-based defensive pivot across the G10 FX space.

Eurozone PMI figures are now in focus on the data docket. The regional composite gauge is expected to show a pickup in the pace of manufacturing- and service-sector growth in the single currency area in April. However, the projected rise would still put the index within a hair of January’s near-five-year low.

Traders will be keen to listen along, looking for signs suggesting that another clash between Rome and EU authorities in Brussels is ahead. For its part, the administration seems to be hoping that a round of privatizations will allow it some space for deficit reduction.

If it appears that Italy will struggle to bring down the budget shortfall in line with last year’s commitments – stoking political instability fears as regional bigwigs are pushed to consider penalties on the eve of already troubling European Parliament elections – risk appetite and the Euro might wilt.

Analogous US PMI statistics as well as the retail sales report could compound negativity. Data flow out of the world’s largest economy has increasingly disappointed relative to baseline projections over recent months, hinting analysts’ models are overly optimistic and setting the stage for continued underperformance.

Bearish cues continue to build up in S&P 500 technical positioning. The appearance of a Rising Wedge formation along with negative RSI divergence have been warning of a looming top for some time. A series of indecisive candles with telltale extension at the upper wick – speaking to failed forays to the upside – is now seeing tepid follow-through toward the Wedge floor.

Confirmation of reversal requires a close below this as well as the 2865.00-78.50 resistance turned-turned-support zone. Such a move would initially expose the next downside barrier in the 2807.50-24.25 area. The broader implications would be weightier however, arguing for a double top having been set below 2950 and beckoning a lasting risk-off pivot across worldwide capital markets.