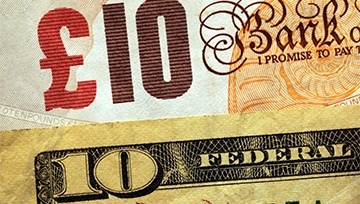 The markets were in a chipper mood in Asia Pacific trade. The sentiment-geared Australian and New Zealand Dollars rose alongside regional stocks while the anti-risk Japanese Yen and Swiss Franc declined. Perhaps most curiously, the British Pound traded broadly higher ahead of a vote in the UK parliament that looks likely to doom the Brexit deal struck by Prime Minister Theresa May.

While the uncertainty unleashed by such an outcome might have been expected to weigh on Sterling, price action is clearly showing otherwise. That might reflect investors’ thinking that this Brexit deal’s demise just might – by the Prime Minister’s own admission – set the stage for the undoing of the 2016 referendum result that initiated the UK/EU divorce in the first place.

Ms May will have a brief window to offer a “plan B” after a defeat, but it any such effort seems like a long shot at best. Members of Parliament have been busy trying to wrest control of the post-vote aftermath from the government for weeks. If they succeed, opposition to a “no-deal” Brexit among most MPs may set the stage for a delay – which will probably need unanimous EU approval – or a do-over referendum.

In the latter scenario, those favoring a status quo within the EU might prevail. A composite of recent polls puts support for remaining within the regional bloc at 53 percent versus 47 percent favoring an exit. An opportunity to exploit this shift in public sentiment might well be the very thing that financial markets are hoping for, making a defeat of the administration’s Brexit deal a GBP-positive development.

US DOLLAR MAY RISE AS WHOLESALE INFLATION SURGES

Later in the day, the spotlight turns to US PPI data. The core wholesale inflation rate is expected to rise to 3 percent, the highest since August 2011. If the markets are truly starting to on-board the Fed’s message about “data dependence”, such figures might encourage a rethink of the recent dovish shift in the priced-in policy outlook. If this is so, the US Dollar has scope for broad-based recovery.