The Federal Open Market Committee (FOMC) interest rate decision may weigh on EUR/USD as the central bank is widely expected to deliver a 25bp rate-hike, and the fresh updates coming out of the central bank may boost the appeal of the U.S. dollar should Fed officials show a greater willingness to implement higher borrowing-costs over the coming months.

The FOMC appears to be on track to further normalize monetary policy in the second-half of the year as the U.S. economy nears full-employment with inflation tracking above the 2% target, and the central bank may show a greater willingness to extend the hiking-cycle as ‘the Committee expects that economic conditions will evolve in a manner that will warrant further gradual increases in the federal funds rate.’ 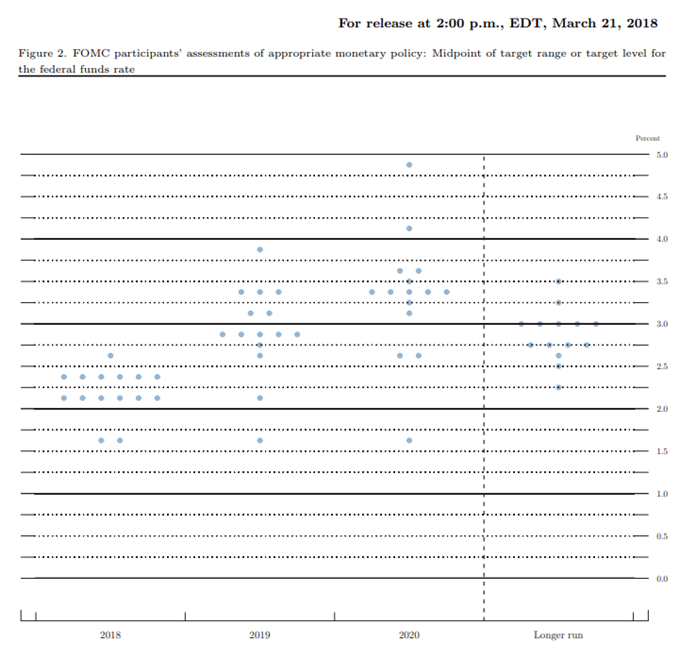 In turn, a growing number of Fed officials may adjust the longer-run forecast for the benchmark interest rate to reflect a steeper yield curve, and a batch of hawkish rhetoric is likely to boost the appeal of the U.S. dollar as it fuels bets for four rate-hikes in 2018.

However, Chairman Jerome Powell and Co. may stick to the current script as ‘inflation on a 12-month basis is expected to run near the Committee's symmetric 2 percent objective over the medium term,’ and ongoing forecasts for a long-run neutral Fed Funds rate of 2.75% to 3.00% may drag on the greenback as Fed officials appear to be in no rush to alter the outlook for monetary policy. Sign up and join DailyFX Chief Currency Strategist John Kicklighter LIVE to cover the FOMC interest rate decision.

The Federal Open Market Committee (FOMC) stuck to the sidelines in May, with the central bank keeping the benchmark interest rate at 1.50% to 1.75% as ‘risks to the economic outlook appear roughly balanced.’ Nevertheless, the comments from Chairman Powell and Co. suggest the central bank will continue to implement higher borrowing-costs as ‘the Committee expects that economic conditions will evolve in a manner that will warrant further gradual increases in the federal funds rate,’ but it seems as though the FOMC is in no rush to extend the hiking-cycle as officials reiterate that ‘the actual path of the federal funds rate will depend on the economic outlook as informed by incoming data.’

More of the same from the FOMC dragged on the greenback, with EUR/USD spiking above the 1.2000 handle, but the reaction was short-lived as the pair closed at 1.1951. Learn more with the DailyFX Advanced Guide for Trading the News. 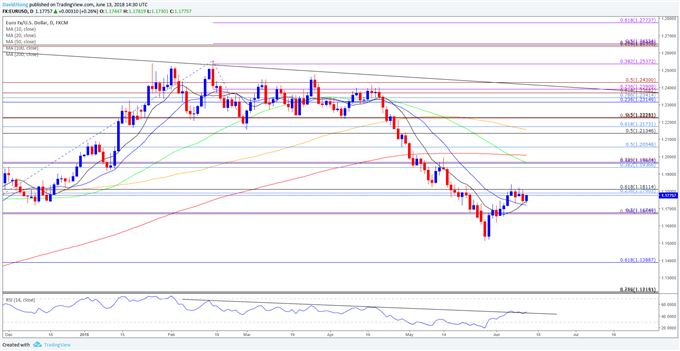