A rebound in both the headline and core Consumer Price Index (CPI) may spark a bullish reaction in the Australian dollar as puts pressure on the Reserve Bank of Australia (RBA) to lift the cash rate from the record-low.

Signs of heightening price pressures may push the RBA to change its tune ahead of 2018, and Governor Philip Lowe and Co. may start to prepare Australian households and businesses for higher borrowing-costs as ‘recent data continued to indicate that the drag on growth from the end of the mining investment boom was nearing completion.’ In turn, budding expectations for an RBA rate-hike should heighten the appeal of the Australian dollar, but another batch of below-forecast prints may fuel the recent decline in AUD/USD as it drags on interest-rate expectations.

Australia’s Consumer Price Index (CPI) unexpectedly slowed to an annualized 1.9% from 2.1% during the first three-months of 2017, while the core rate of inflation held steady at 1.8% per annum amid a downward revision in the prior reading. A deeper look at the report showed most components slowing or holding steady in the three-months through June, while Transportation costs bucked the trend, with the figure increasing 0.4% in the first-quarter versus a 0.3% expansion during the previous period. Nevertheless, the market reaction was short-lived, with AUD/USD regaining its footing during the European trade to end the day at 0.8004. 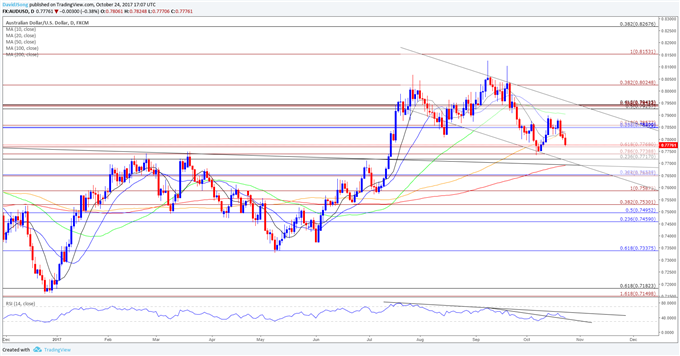 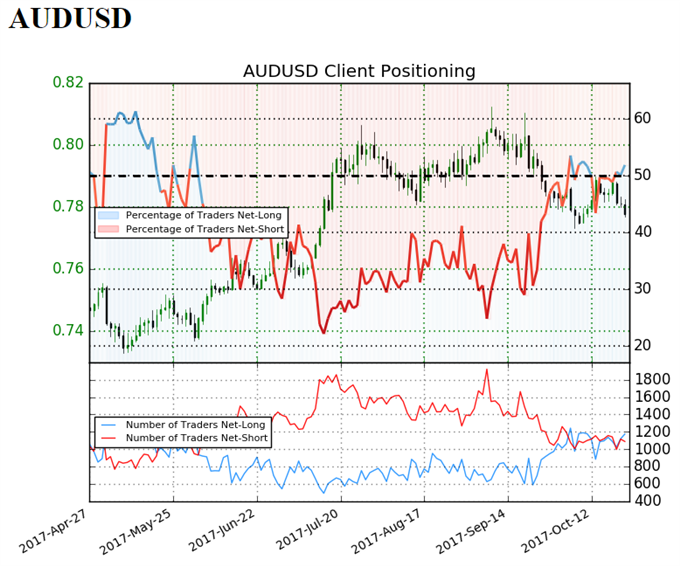