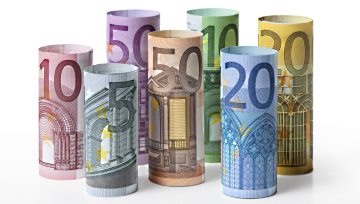 - Average Hourly Earnings to Increase for First Time Since February.

- Sign Up and Join the DailyFX Team LIVE to Cover the U.S. NFP Report.

A 180K expansion in U.S. Non-Farm Payrolls (NFP) paired a pickup in household earnings may trigger a near-term pullback in EUR/USD as it puts pressure on the Federal Open Market Committee (FOMC) to further normalize monetary policy sooner rather than later.

With the U.S. economy approaching full-employment, signs of higher wage growth may encourage Chair Janet Yellen and Co. to deliver three rate-hikes in 2017 as the central bank remains confident in reaching the 2% inflation-target over the policy horizon. In turn, the dollar may exhibit a more bullish behavior ahead of the next rate decision on September 20 as the ‘the Committee expects to begin implementing its balance sheet normalization program relatively soon.’

However, a lackluster NFP report may push the FOMC to buy more time as ‘many participants, however, saw some likelihood that inflation might remain below 2 percent for longer than they currently expected, and several indicated that the risks to the inflation outlook could be tilted to the downside.’ As a result, the broader shift in EUR/USD behavior may continue to unfold throughout the remainder of the year especially as the European Central Bank (ECB) appears to be on course to taper its asset-purchase program ahead of the December deadline.

Impact that the U.S. NFP report has had on EUR/USD during the last print

The U.S. economy added 209K jobs in July, with the jobless rate narrowing to an annualized 4.3% from 4.4% even as the Labor Force Participation Rate unexpectedly climbed to 62.9% from 62.8% during the same period. At the same time, Average Hourly Earnings held steady at 2.5% per annum amid forecasts for a 2.4% print, and the ongoing improvement in the labor market may keep the Federal Reserve on course to further normalize monetary policy over the coming months as region approaches full-employment. The dollar gained ground following the better-than-expected NFP report, with EUR/USD slipping below the 1.1800 handle to end the day at 1.1773. 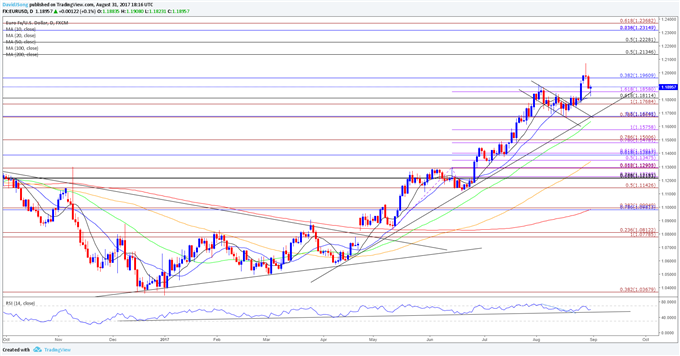 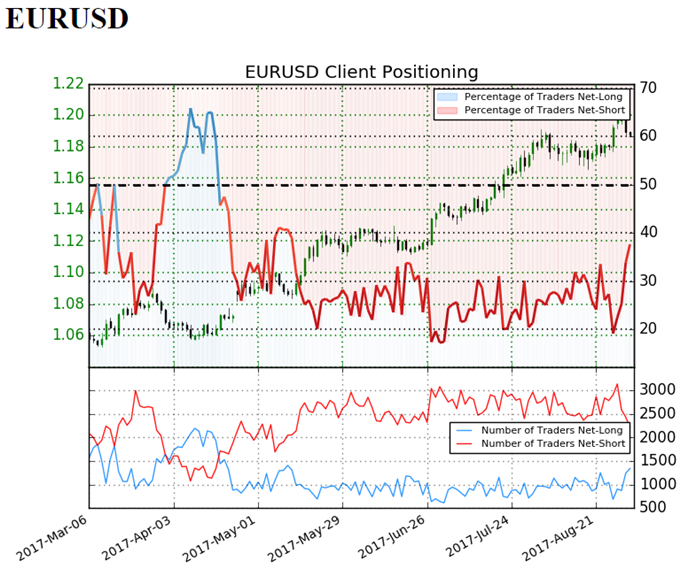