The preliminary 2Q U.S. Gross Domestic Product (GDP) report may deter the near-term rally in EUR/USD as the updated figures are anticipated to show an upward revision in the growth rate.

Signs of a stronger-than-expected activity may spark a bullish reaction in the U.S. dollar as it encourages the Federal Open Market Committee (FOMC) to further normalize monetary policy sooner rather than later. As a result, Chair Janet Yellen and Co. may stay on course to deliver three rate-hikes in 2017 especially as the real economy approaches full-employment.

However, the FOMC may attempt to buy more time at the next interest rate decision on September 20 as the core Personal Consumption Expenditure (PCE), the Fed’s preferred gauge for inflation, sits at the lowest level since 2015. In turn, the central bank may carry the current policy into 2016 as many Fed officials ‘saw some likelihood that inflation might remain below 2 percent for longer than they currently expected, and several indicated that the risks to the inflation outlook could be tilted to the downside.’

The preliminary 1Q Gross Domestic Product (GDP) report showed an upward revision in the growth rate, with the economy expanding an annualized 1.2% during the first three-months of 2017. At the same time, the core Personal Consumption Expenditure (PCE), the Fed’s preferred gauge for inflation, advanced an annualized 2.1% during the same period amid forecasts for a 2.0% print, while Personal Consumption showed a similar dynamic as the figure climbed to 0.6% from an initial print of 0.3%. The U.S. dollar gained ground followed the better-than-expected GDP report, with EUR/USD holding below the 1.1200 handle throughout the day to close at 1.1179. 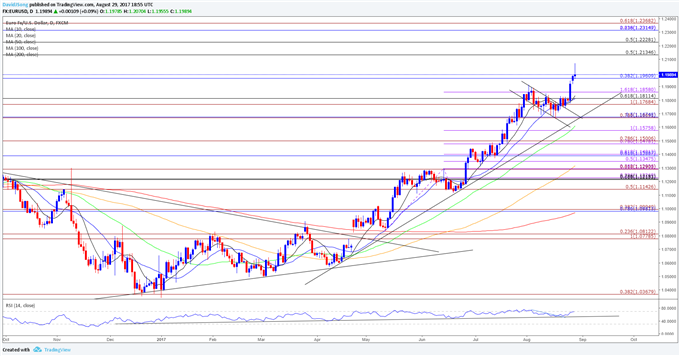 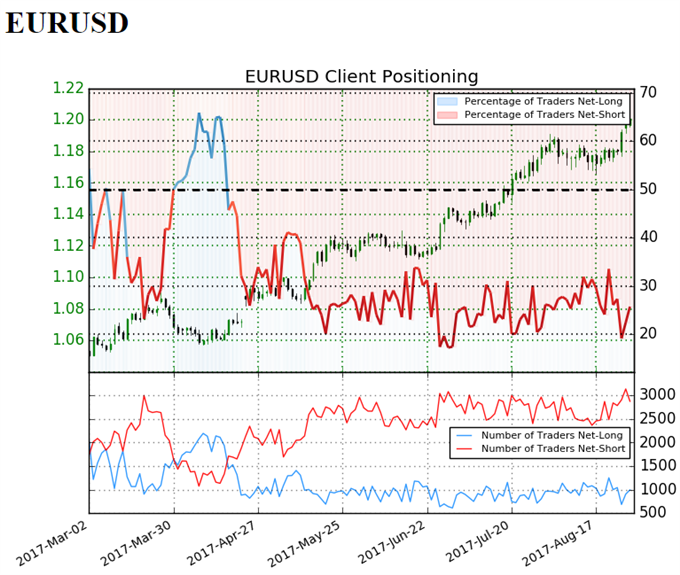