-Sign up and Join the DailyFX Roundtable LIVE to Cover the U.S. GDP Report.

EUR/USD may continue to give back the advance from earlier this month as the U.S. 2Q Gross Domestic Product (GDP) report is expected to show a pickup in the growth rate.

However, a material slowdown in the core Personal Consumption Expenditure (PCE), the Fed’s preferred gauge for inflation, may overshadow an uptick in GDP as the central bank continues to note ‘market-based measures of inflation compensation remain low; survey-based measures of longer-term inflation expectations are little changed, on balance.’ Even though the Federal Open Market Committee (FOMC) ‘expects to begin implementing its balance sheet normalization program relatively soon,’ waning expectations for a December rate-hike may continue to drag on the greenback especially as Chair Janet Yellen warns ‘the federal funds rate would not have to rise all that much further to get to a neutral policy stance.’

The U.S. economy grew an annualized 0.7% in the first three-months of 2017, while the gauge for household consumption increased 0.3% during the same period amid forecasts for a 0.9% rise. Nevertheless, the core Personal Consumption Expenditure, the Fed’s preferred gauge for inflation, climbed to 2.0% per annum to mark the fastest pace of growth since the first-quarter of 2016. Despite the below-forecast GDP print, the U.S. dollar gained ground amid signs of faster price growth, with EUR/USD dipping below the 1.0900 handle to end the day at 1.0898. 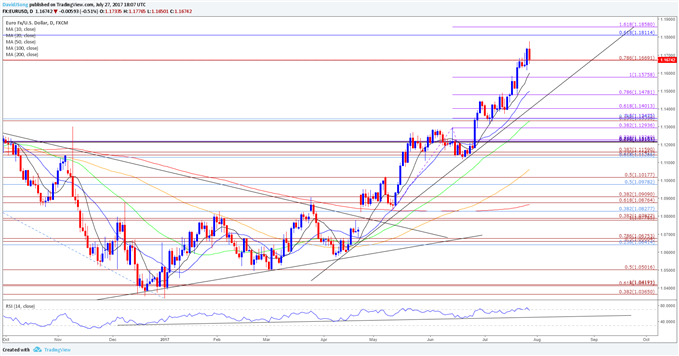 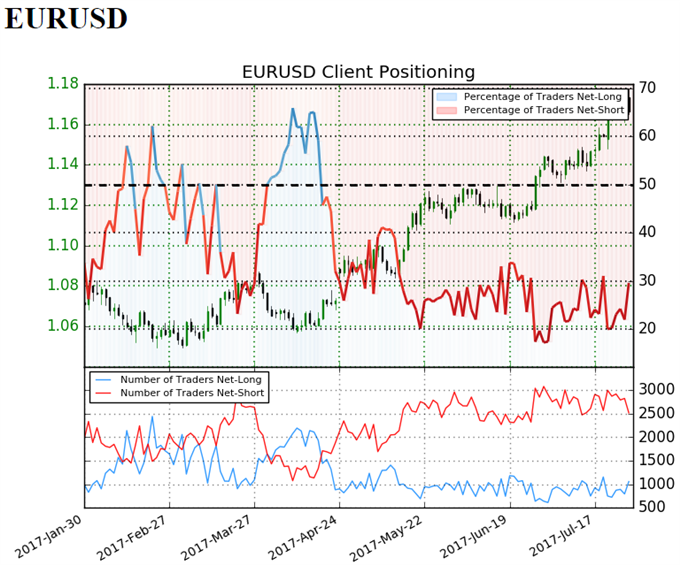