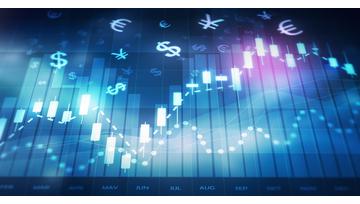 - Will the Fed Start to Unload the Balance Sheet in 2017?

The Federal Open Market Committee (FOMC) interest rate decision may yield a limited market reaction as Chair Janet Yellen and Co. are widely expected to retain the current policy, but the accompanying policy statement may boost the appeal of the U.S. dollar should the central bank show a greater willingness to start unloading the balance sheet in 2017.

The FOMC may prepare U.S. households and businesses for a less accommodative stance amid the growing discussion to wind down the quantitative easing (QE) program, and the batch of fresh rhetoric may boost the appeal of the greenback should Fed officials highlight an imminent shift in monetary policy. However, the committee may soften its hawkish tone as inflation continues to run below the 2% target, and the greenback stands at risk of facing a bearish scenario should Chair Yellen and Co. look to further delay the normalization cycle.

As expected, the Federal Open Market Committee (FOMC) raised the benchmark interest rate to a fresh range of 1.00% to 1.25% in June, with central bank officials still projecting three rate-hikes for 2017 as the ‘near-term risks to the economic outlook appear roughly balanced.’ At the same time, the Fed raised its growth forecast, with the U.S. economy now projected to expand an annualized 2.2% this year, and Chair Janet Yellen and Co. appear to be on course to further normalize monetary policy over the coming months as the region approaches full-employment. The greenback gained ground following the 25bp rate-hike, with EUR/USD slipping below the 1.1250 region to end the day at 1.1218. 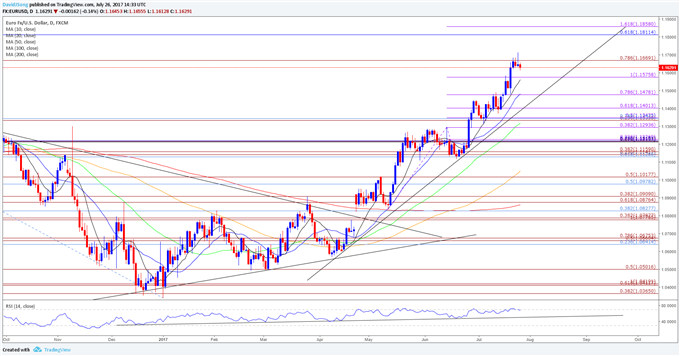 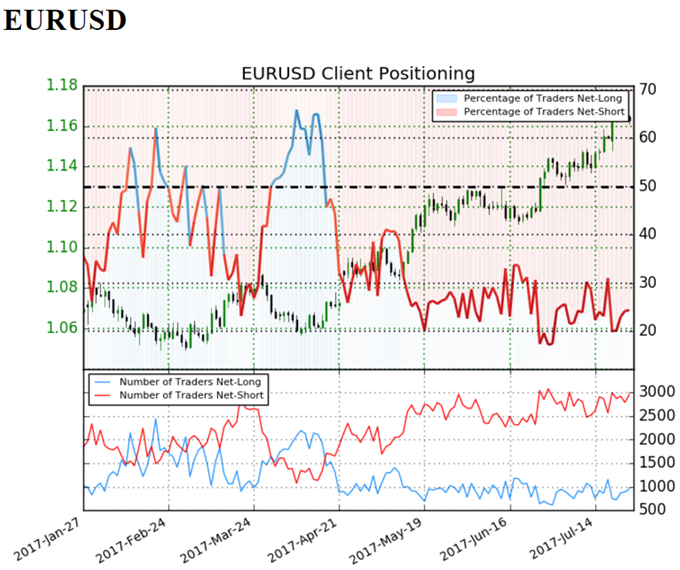