- Retail Crowd Remain Stubbornly Net-Long USD/CAD Since June 7, When It Traded Near 1.3481.

Another slowdown in Canada’s Consumer Price Index (CPI) may tame the sharp depreciation in USD/CAD as it encourages the Bank of Canada (BoC) to adopt a more gradually path in normalizing monetary policy.

Signs of softer-than-expected inflation may push the BoC to the sidelines as ‘very strong growth of the first quarter is expected to moderate over the balance of the year,’ and Governor Stephen Poloz and Co. may endorse a wait-and-see approach at the next meeting on September 6 as ‘geopolitical uncertainty still clouds the global outlook.’

Nevertheless, stickiness in the core rate of inflation accompanied by a further expansion in household consumption may encourage the BoC to adopt a more hawkish tone as ‘the output gap is now projected to close around the end of 2017, earlier than the Bank anticipated in its April Monetary Policy Report (MPR).’ In turn, BoC officials may continue to implement higher borrowing-costs over the coming months as the central bank expect to achieve the 2% target for price growth by the middle of 2018.

Canada’s Consumer Price Index (CPI) slipped to an annualized 1.3% in May from 1.6% the month prior, while the core rate of inflation held steady at 1.3% per annum amid forecasts for a 1.4% print. A deeper look at the report showed the decline was largely led by lower energy prices, with transportation costs narrowing 0.7% in May, while prices for clothing and footwear bounced back 0.5% after contracting 1.1% in April. The Canadian dollar lost ground following the softer-than-expected inflation report, with USD/CAD turning around ahead of the 1.3200 handle to end the day at 1.3268. 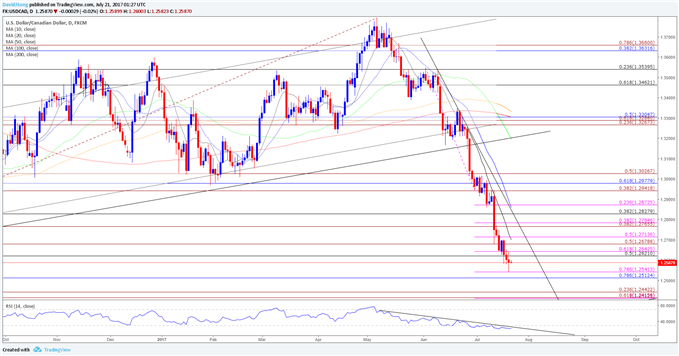 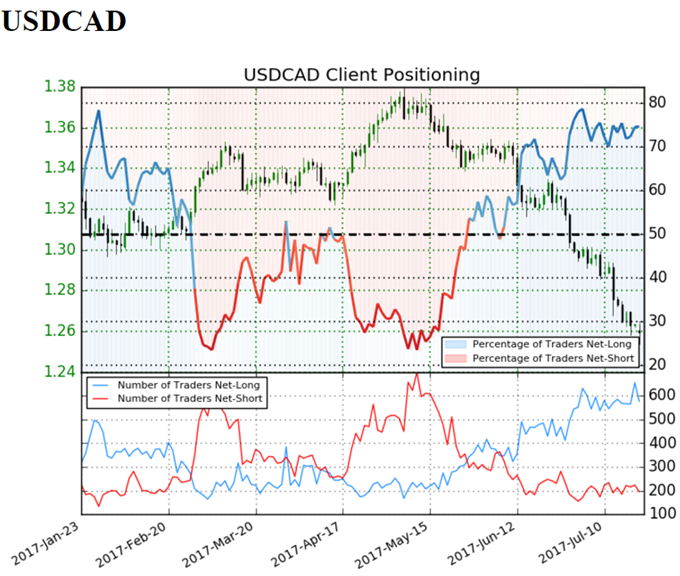