- Bank of Canada (BoC) to Raise Benchmark Interest Rate Since 2010.

- Will Governor Stephen Poloz Point to Series of Rate-Hikes?

The shift in USD/CAD behavior may gather pace over the near-term should the Bank of Canada (BoC) normalize monetary policy in the second-half of 2017.

The BoC is expected to raise the benchmark interest rate for the first time since 2010 as Governor Stephen Poloz drops the dovish outlook for monetary policy and argues that the rate cuts from 2015 ‘have done their job.’ In turn, the fresh developments coming out of the BoC may heighten the bullish sentiment surrounding the Canadian dollar if central bank lifts the benchmark interest rate off the record-low and sees scope to deliver higher borrowing-costs over the coming months. However, USD/CAD may stage a relief rally should the BoC defy market expectations and retain the current policy.

The Bank of Canada (BoC) struck an improved outlook for the region even as the central bank kept the benchmark interest rate at the record-low, with Governor Stephen Poloz and Co. noting that ‘the Canadian economy’s adjustment to lower oil prices is largely complete and recent economic data have been encouraging.’ Even though the BoC warns ‘very strong growth in the first quarter will be followed by some moderation in the second quarter,’ the central bank may continue to change its tune over the coming months as the economy appears to be on a more sustainable path. The Canadian dollar gained ground following the less-dovish tone, with USD/CAD slipping below the 1.3500 handle to end the day at 1.3404. 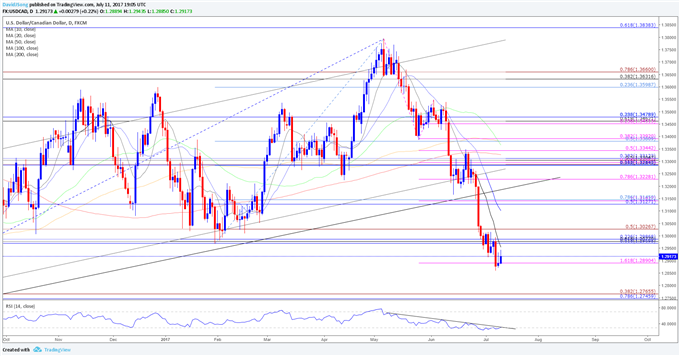 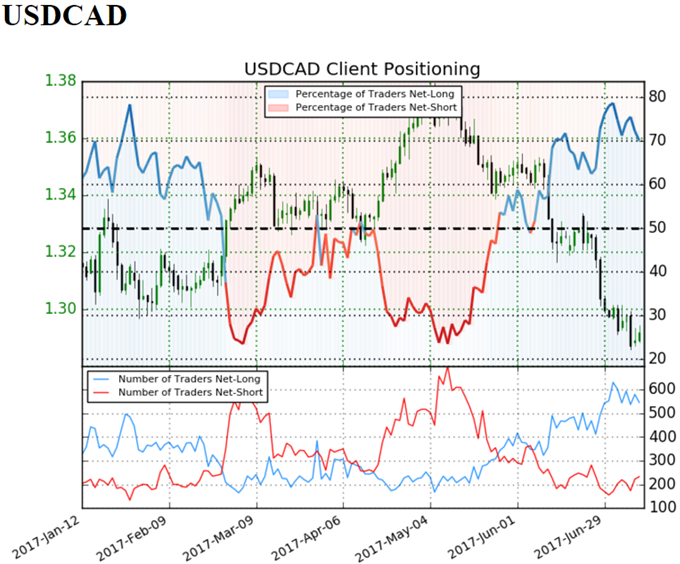