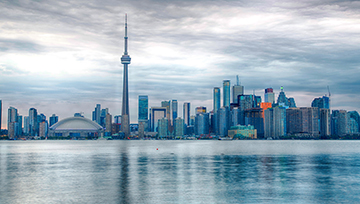 - Bank of Canada (BoC) to Keep Benchmark Interest Rate at Record-Low of 0.50%.

- Will Governor Stephen Poloz and Co. Stick to Current Script?

The Bank of Canada (BoC) interest rate decision may undermine the recent pullback in USD/CAD as Governor Stephen Poloz and Co. are expected to endorse a wait-and-see approach for monetary policy, but the central bank may slowly change its tune as ‘the output gap is projected to close in the first half of 2018, a bit sooner than the Bank anticipated in January.’

The ongoing improvement in the labor market accompanied by the pickup in private-sector spending may encourage the BoC to adopt an improved outlook for the region, and the fresh batch of central bank rhetoric may boost the appeal of the Canadian dollar should the committee show a greater willingness to normalize monetary policy sooner rather than later.

Nevertheless, the BoC may merely attempt to buy more time as inflation is expected to ‘return to 2 per cent later in the projection horizon,’ and the Canadian dollar may face a bearish reaction should the central bank stick to the current script and tame expectations for higher borrowing-costs.

As expected, the Bank of Canada (BoC) kept the benchmark interest rate at the record-low of 0.50%, and the central bank appears to be in no rush to move away from its accommodative policy stance as Governor Stephen Poloz and Co. warn ‘it is too early to conclude that the economy is on a sustainable growth path.’ Nevertheless, the BoC noted that ‘growth in Canada is expected to moderate but remain above potential’ amid the positive developments coming out of the region, and the central bank may slowly change its tune over the coming months especially as ‘the output gap is projected to close in the first half of 2018, a bit sooner than the Bank anticipated in January.’ Despite the limited market reaction, the Canadian dollar gained ground following the rate decision, with USD/CAD ending the day at 1.3246. 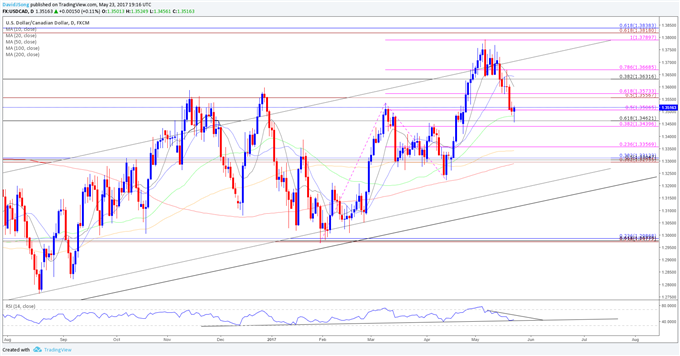 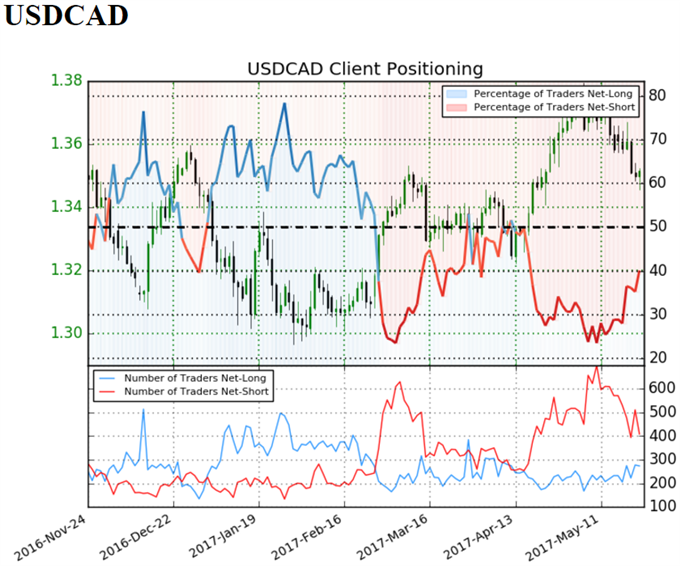 Retail trader data shows 40.1% of traders are net-long USD/CAD with the ratio of traders short to long at 1.49 to 1. In fact, traders have remained net-short since April 18 when USD/CAD traded near 1.33315; price has moved 1.4% higher since then. The percentage of traders net-long is now its highest since April 14 when USD/CAD traded near 1.33242. The number of traders net-long is 1.9% higher than yesterday and 13.2% higher from last week, while the number of traders net-short is 15.3% lower than yesterday and 33.5% lower from last week. For more information on retail sentiment, check out the new gauge developed by DailyFX based on trader positioning.