US Dollar Hits Key Resistance Ahead of July Fed Meeting

We’ve entered the gravitational pull of the July Fed meeting. With FOMC policymakers widely expected to begin the Fed rate cut cycle tomorrow, traders are not focusing on if a rate cut is coming but rather how deep the rate cut will go.

Improvements in US economic data in recent weeks juxtaposed against lackluster progress in the US-China trade war talks have put FOMC policymakers in a bind; it’s difficult for market participants to understand the immediate justification for rate cuts when the unemployment rate (U3) is at cycle lows and equity markets are at all-time highs. 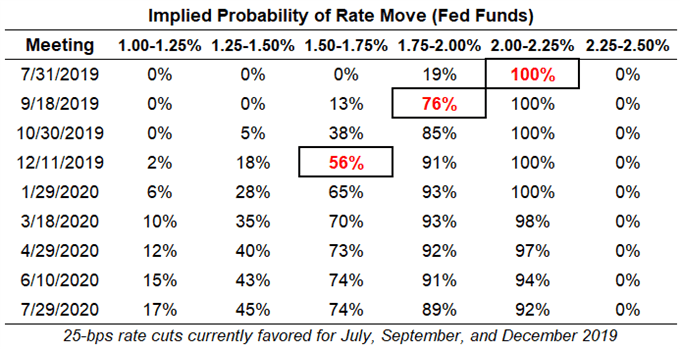 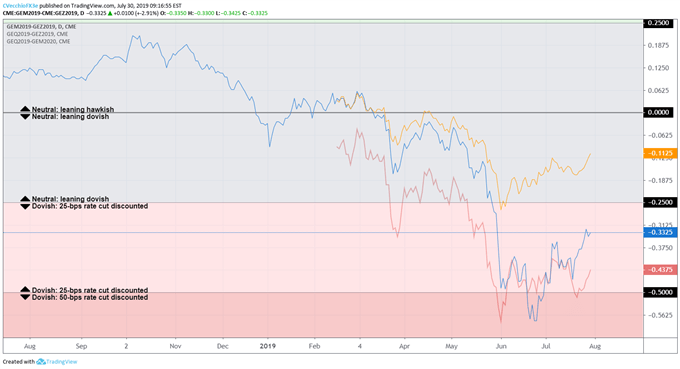 Regardless, markets feel that if the Fed rate cut cycle is about to begin, it will do so in aggressive fashion over the next several months in direct response to the US-China trade war. Accordingly, if a US-China trade deal materializes at any point in time, there will be a violent repricing of Fed rate cut odds – and the US Dollar. 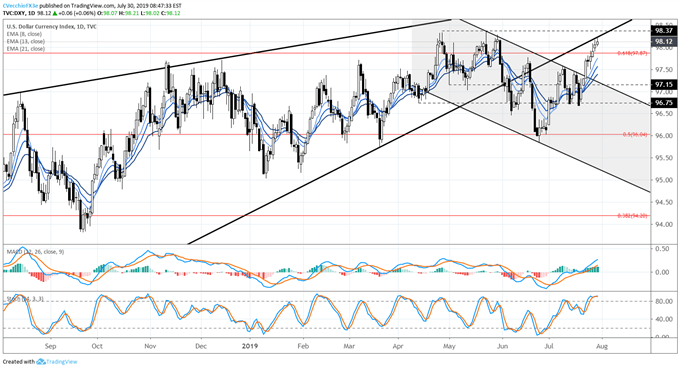 Alongside receding Fed rate cut odds in recent weeks, the US Dollar (via the DXY Index) has been able to find follow through on the breakout above downward sloping channel in place since May. Bullish momentum has been strong, with price holding above the daily 8-, 13-, and 21-EMA envelope, daily MACD extending its advance above the signal line in bullish territory, and Slow Stochastics holding overbought territory.

But now we’ve run into critical resistance in the former of (1) former trendline support from the February 2018 and March 2019 lows and (2) the bearish daily key reversal bar set at the yearly high at 98.37. As the DXY Index hovers below its yearly highs, it’s evident that traders are waiting for the July Fed meeting before a decision is made around these make-or-break levels.