DXY Index Hanging onto LT Trendline Support by a Thread

- See how the French elections fit in with the DailyFX Q2'17 forecasts.

After an exciting start to the week in FX markets after the first round of the French elections, traders are taking a breather on Tuesday as attention shifts from Europe back to the United States. Despite several important data releases due over the coming days, including the April US Consumer Confidence report later this morning, all eyes are on the Trump administration and what efforts will be taken to avoid a US government shutdown when the continuing resolution for funding expires on April 29 at 00:01 EDT.

Near-term risks aside, the Trump administration's ability to navigate this potentially hazardous budgetary issue may be viewed as a litmus test for future legislative efforts. After the initial round of healthcare reform failure back in March, markets have tempered expectations for any swift legislation to be passed regarding tax reform and infrastructure spending.

Similarly, a cantankerous round of budgetary negotiations to avoid a government shutdown may solidify, in the collective market's mind, that the much-ballyhooed Trump fiscal stimulus plan will not materialize anytime soon. The implications for the US Dollar are the result of the passthrough implications to monetary policy.

If a bout of deficit spending (higher government spending in the form of infrastructure investment and lower taxes) is less likely to materialize, the Federal Reserve will have no reason to push up expectations for a faster-than-previously-anticipated rate hike cycle. As per the Mundell-Fleming framework (or IS-LM-BOP model), given the United States' high capital mobility, loose fiscal policy should lead to a rise in inflationary pressures, which in turn should necessitate tighter monetary policy from the Federal Reserve.

In reverse, the diminished prospect for fiscal stimulus means inflationary pressures won't rise to the degree previously thought, so the Fed won't be inclined to hike more than what's priced into markets already. In fact, a look at Fed funds futures this morning shows that two more rates in 2017 - the Fed's base case scenario - are not fully priced in anymore. 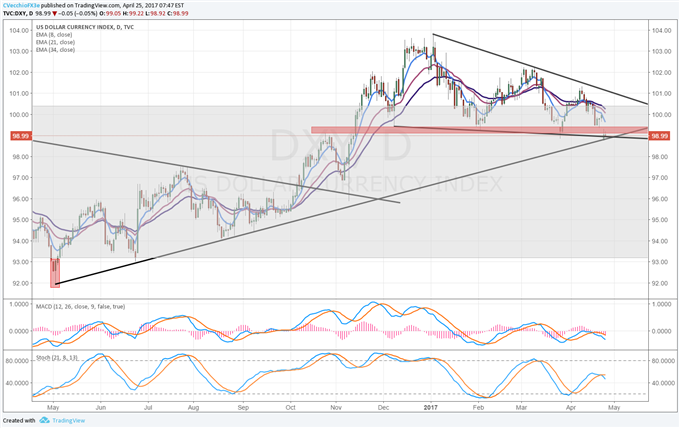 Questions over the future path of policy have direct implications for the US Dollar, as the DXY Index currently hangs on by a thread at long-term support, the trendline from the May, June, and August 2016 lows. An injection of political risk (due to a government shutdown) or a further pullback in rate hike expectations could cause traders to lose faith in the greenback; jawboning can only go so far without actual policy materializing. 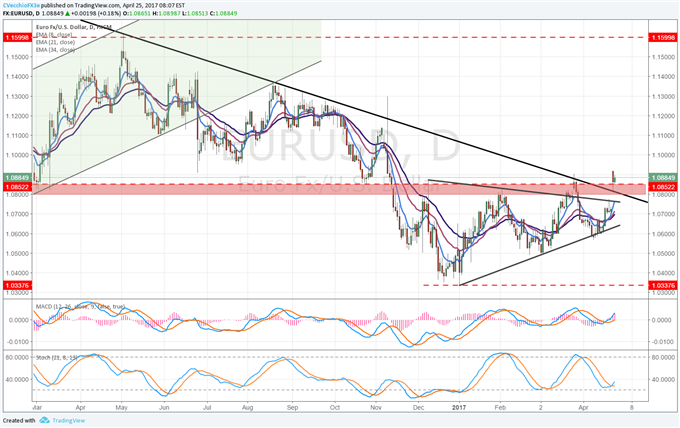 In the days and weeks ahead, it will be important to watch what happens in EUR/USD and GBP/USD as both appear technically inclined for further gains versus the US Dollar. EUR/USD has made its way to the upside out of its symmetrical triangle, breaking the declining trendline from the May, June, and August 2016 highs in the process; while GBP/USD has consolidated above the key 1.2960/90 zone after its symmetrical triangle breakout (some might consider an inverse head & shoulders bottom having been formed). 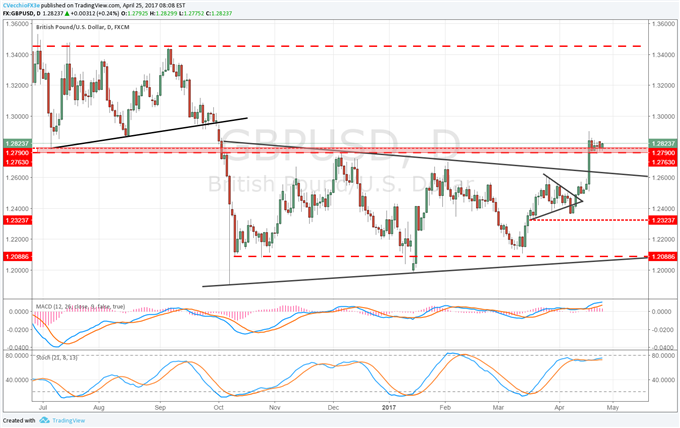 See the above video for a technical review of the DXY Index, EUR/USD, GBP/USD, USD/CAD, EUR/AUD, GBP/AUD, and Crude Oil.