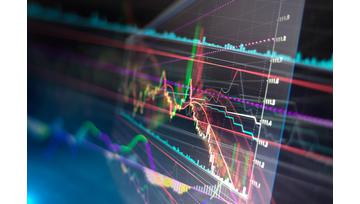 In this series we scale-back and take a look at the broader technical picture to gain a bit more perspective on where we are in trend. We looked at a few of these charts in today’s Weekly Strategy Webinar and heading into major event risk later this week, here are the key levels to consider. 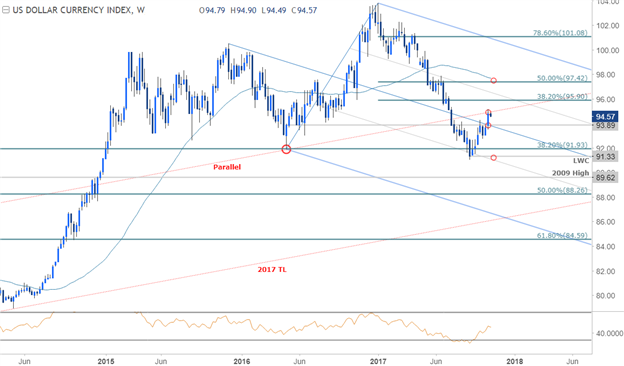 Notes: The index is testing slope resistance extending off the 2012 high after breaking above the October opening-range highs / median-line last week. That said, the immediate advance remains vulnerable while below last week’s high with interim support seen at the 2016 low-week reversal close at 93.89- a break there would be needed to suggest a more significant near-term high is in place.

Bottom line: Heading into this week’s FOMC policy decision and Non-Farm Payroll report, the focus is on a reaction off this slope with the risk for a move lower back to parallel support. A breach-higher would shift the focus towards topside resistance objectives at 95.90 backed by the median-line (~95.58) and the 50% retracement / 52-week moving average at 97.42/70. 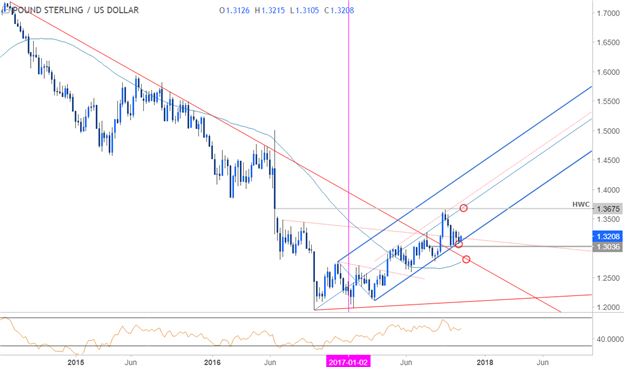 Notes: We’ve been tracking this median-line formation extending off the 2016 low and earlier this month we noted a constructive outlook while above confluence support at 1.3036. The outlook remains unchanged heading into the November open and the focus remains on the lower parallel heading into the Bank of England (BoE) interest rate decision this week.

Bottom line: ‘The pair remains constructive while above the July high-week reversal close at 1.3036. Look for a breach above the high-week close at 1.3494 to validate resumption of the broader up-trend targeting 1.3675 & the upper parallels.’ 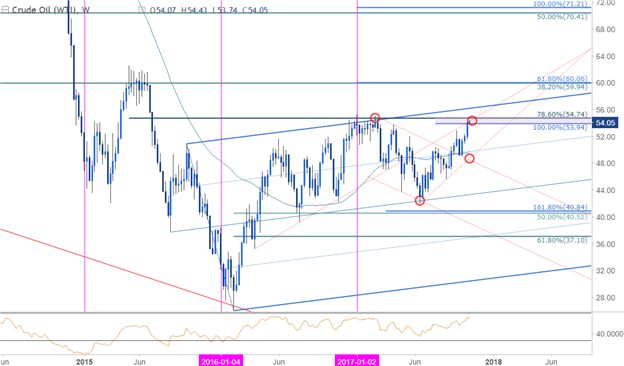 Notes: Crude is approaching a critical resistance zone at 54-55; a region defined by the 100% extension of the advance off the early lows, the 78.6% retracement of the 2015 decline and former slope support extending off the April low. Note that just higher stands the upper median-line parallel around ~56.25 – the long-bias is at risk into this region but the focus remains higher while above 49.80 where the 52-week moving average converges on basic slope support.

Bottom line: The immediate advance is vulnerable heading into these topside targets but ultimately we’ll be looking for a pullback to get long with a breach targeting confluence Fibonacci resistance at 59.94-60.06.