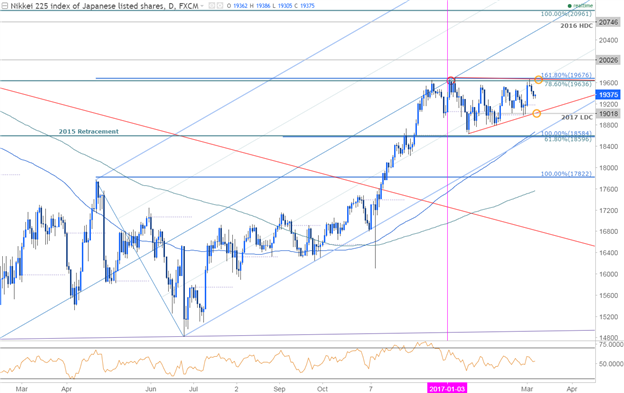 The index is in consolidation below a critical confluence resistance barrier. Here are the updated targets & invalidation levels that matter.

Technical Outlook:The Nikkei 225 has continued to consolidate below a critical resistance threshold at 19636/76 since the start of the year. This level is defined by the 161.8% extension of the advance off the 2016 low & the 78.6% retracement of the decline off the 2016 high and converge on the 50-line of the ascending median-line formation over the next few days. Key confluence daily support rests at 19018 where the 2017 low-day close converges on basic trendline support.

The near-term focus is on a break of this range with a close above needed to mark resumption of the broader uptrend. Such a scenario eyes subsequent topside resistance objectives at 20026 and the median-line / 2016 high-day close at 20746. A break below this formation risks a more meaningful correction towards confluence support at 18596/650 where the 100% extension, 61.8% retracement, 100-day moving average and the yearly lows converge on the lower median-line support. We’ll reserve this region as our bullish invalidation. 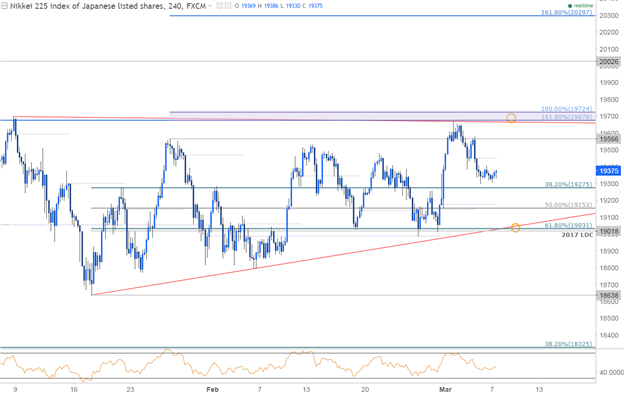 Notes: A closer look at price action highlights this consolidation range below key resistance with the 61.8% retracement of the advance off the yearly low further emphasizing the significance of the 19018/31 near-term support zone. Until this formation breaks, keep these levels in focus. Ultimately, I am looking higher- but for now we would need to respect a break below 19018 as a more noteworthy technical development. Keep in mind we have the FOMC & the BOJ within a 24-hour block next week. 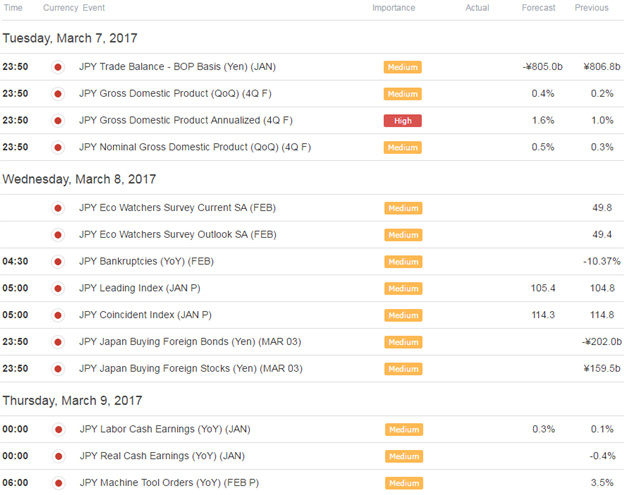