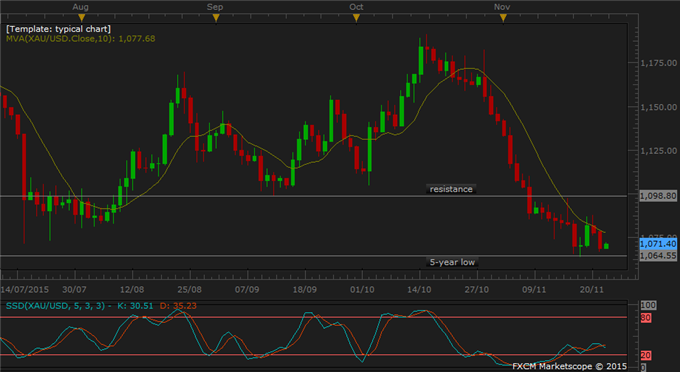 Two notable developments in commodities overnight: oil rallied after Saudi Arabia called for concerted efforts to stem declines; metal prices crashed to multi-year lows under the pressure of Chinese slow growth and a resurgence of US dollar.

WTI oil cooled down to $41.50-42.20 range after a rally in New York following Saudi Arabia’s suggestion that oil producers should step in to moderate oil price. Saudi is the largest OPEC exporter and the price slump in the past three years has turned its budget surplus to a deficit. As US shale oil production shrinks in response to low oil, it is perhaps time for OPEC to claim victory and bolster prices again.

Copper price stayed near a multi-year lowat 2.0020 after metals markets crashed on Monday. Fears of weak Chinese demand, higher US dollar due to a Fed rate hike, and steady production costs all contributed to bearish sentiment for copper.

A light at the end of the tunnel for copper and iron-ore demand is China’s ambitious Silk Road project. Media sources reported that President Xi’s government plans to invest around 1 trillion USD to build railroads, electricity and water facilities to connect Beijing to northern Europe. The country also formally applied to join the European Bank of Reconstruction and Development (EBRD) for future funding.

Apart from that, possible appreciation of the yuan following its inclusion into the SDR basket by IMF may also emcourage demand from the country.

Gold price held near 5-year low with bearish sentimentdominant as expectation for a US rate rise solidifies as time passes. Fed funds futures today reflects a 74% chance of a rate hike decision at the Fed’s December 16 meeting.

Statistics of gold-holdings via exchange-traded funds by November 23 is evident that the market still insists to sell more gold, with a 0.9% weekly decrease. Holdings by SPDR trust slipped 0.9 %, by ETF fell 0.9%, while Ishares trust shred 1.8 % and other sources by 3.3%.

GOLD TECHNICAL ANALYSIS – Gold traded choppy above a 5-year low at 1064.5 with no clear signal for swift moves in either direction. Flat out momentum signals could be a sign that the recent price slump may have run its course, at least until new developments come out from the Fed. The bears should be flexible with their targets.

COPPER TECHNICAL ANALYSIS – Copper price has formed a lower short-term support level at 2.0020 during Monday’s crash. Despite various tests of support since, there has not been a serious attempt to break through. Hence prices may linger in the proximity for a little while. Bearish trades remain in favour and range traders should be mindful of support levels. 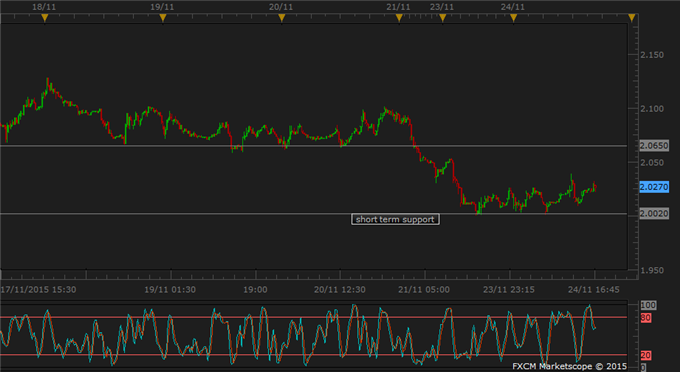 CRUDE OIL TECHNICAL ANALYSIS – WTI oil price is on a third day of rebound from a recent support level at 40.07. A support-turn-resistance tops the upside at 42.58. Price action is focusing on higher moves as momentum builds up. The bulls could consider taking trades if price breaks above current resistance level, with target at the last top at 48.33. 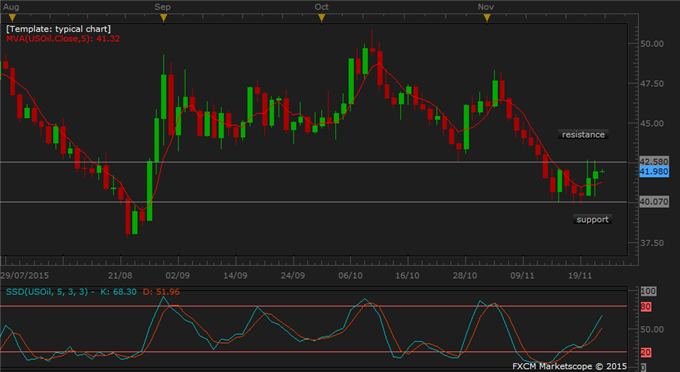