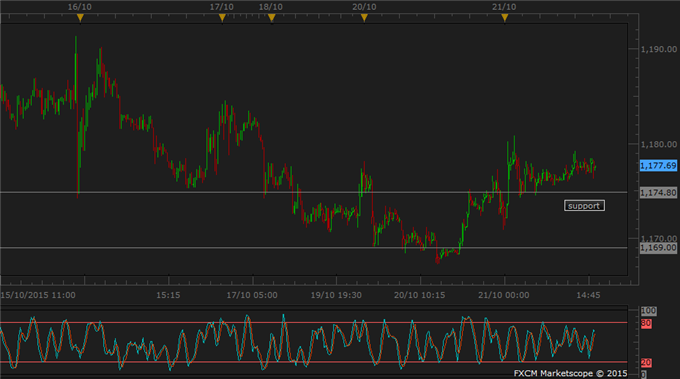 Copper traded with a downside bias after it dipped near the 2.3425 support before noon. This was another slump in the absence of news after Monday’s drop, highlighting copper’s fragility to negative market sentiment. The metal was save by data from the General Administration of Customs that China’s September scrap copper imports reached 340,000 tons, noticeably higher than 262,691 tons in August.

Fundamentals of copper shifted back to demand concerns after the impact of supply cuts wears off somewhat. Prospect of slowing demand in China is putting pressure on the metal complex. China Electricity Council cut its estimate on growth of power demand this year after a disappointing third-quarter consumption. The first bond default ever by a state-owned steel trader, Sinosteel, further signaled a downturn in raw materials.

Oil stabilized around $46 after a dip following report by industry group API of a surprise build in US crude stocks. A larger than expected 7.1 million barrels increase kept prices down and an intraday resistance is found at 46.37.

Official stockpile data from EIA is slated for later today, where a similar increase could send WTI to test 45.70 support level once more. Meeting between OPEC and non-OPEC producers in Vienna today is now deemed a regular discussion on data and views rather than to target oversupply.

Gold pared yesterday loss and returned to the area above 1175. Weak US dollar amid chopping trading (particularly against a stronger EUR) stirred up interests in gold. US data were mixed for another day, with an upside surprise in US New housing starts followed by low Housing permits. This weak USD tone and gold strength may last through ECB’s rate meeting on Thursday as economists do not expect a rate change nor dovish comments.

GOLD TECHNICAL ANALYSIS – Gold returned above 1174.8 level and took that as an intraday support in the Asian session. In the event of a breach, lower support levels will be 1170 then 1169. Price action has been muted in Asia so far and choppy trading could prolong until ECB’s event risk on Thursday. Gold prices remain elevated although a chance to repeat the 3-month high last week is slim.

COPPER TECHNICAL ANALYSIS – Copper is clearly on a reversal from its October peak at 2.4375, breaking 20-day moving average and support level on a fourth day of lower-low and lower-high. This fall might slow down soon as momentum signals descend near the lower bound of range, although there is not yet signs for a rebound. The bears should keep their stop tight in case. 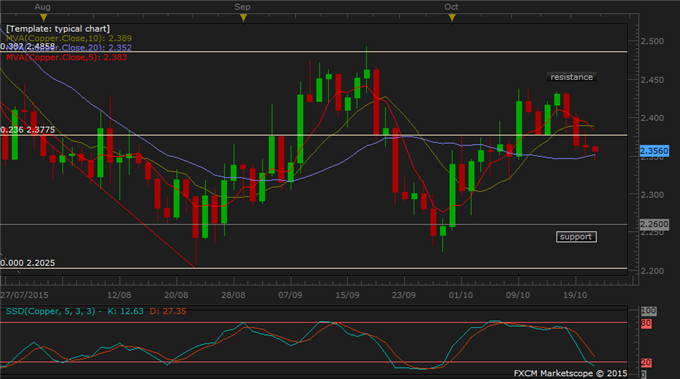 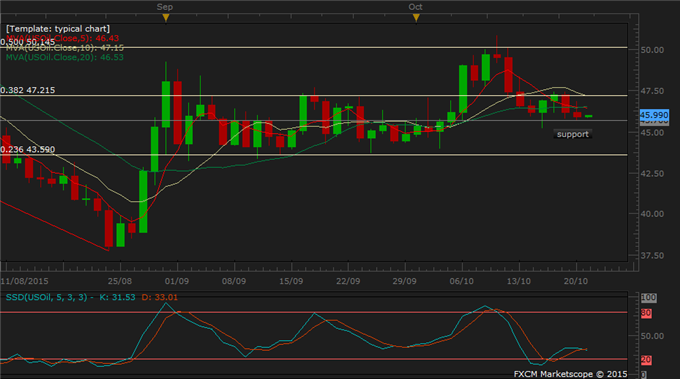