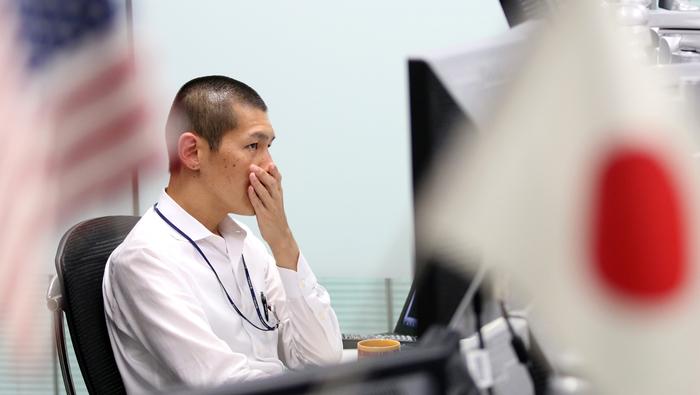 Asia-Pacific markets look set to close out the week on a quiet note Friday, with AUD/USD, NZD/USD, and USD/JPY mostly unchanged in overnight trading. US traders rotated into technology stocks after chipmaker Nvidia posted impressive third-quarter earnings. That pushed the broader technology sector higher, with the NDX 100 index closing 1.07% higher versus the 0.17% drop seen in the Dow Jones.

The US Dollar was also largely unchanged as Treasury yields stabilized following some upward pressure on the longer end of the curve earlier in the week. Crude oil moved nearly 1% higher overnight, although prices remain near 6-week lows as traders assess potential inventory releases out of the United States and China. China is reportedly preparing to release crude reserves at the behest of the United States, according to Reuters.

This morning, Japan released inflation data for October via the National consumer price index (CPI). Prices rose 0.1% on a year-over-year basis, missing the expected 0.2% rise. Core inflation – which strips out volatile food and energy prices – rose 0.1%. The Yen failed to react to the data prints, with USD/JPY hovering near the 114.25 mark.

The Turkish Lira fell overnight to an all-time low, inflaming a currency crisis that threatens economic progress. President Erdogan has forced an unusual monetary strategy over the last several years, one that has seen several central bank chiefs replaced. Mr. Erdogan’s overall economic strategy has bewildered economists and plunged his approval ratings. USD/TRY is up nearly 16% this month.

USD/JPY is higher on the week, although some of those gains were trimmed after prices dropped Wednesday. That drop formed off a Bearish Engulfing candlestick on the 8-hour chart. A rising trendline from early November, along with the 20-day Simple Moving Average, stemmed further losses. Prices will turn to the November high at 114.971 if trendline support holds. Otherwise, breaking back below the trendline will bring the 20-day SMA back into focus. 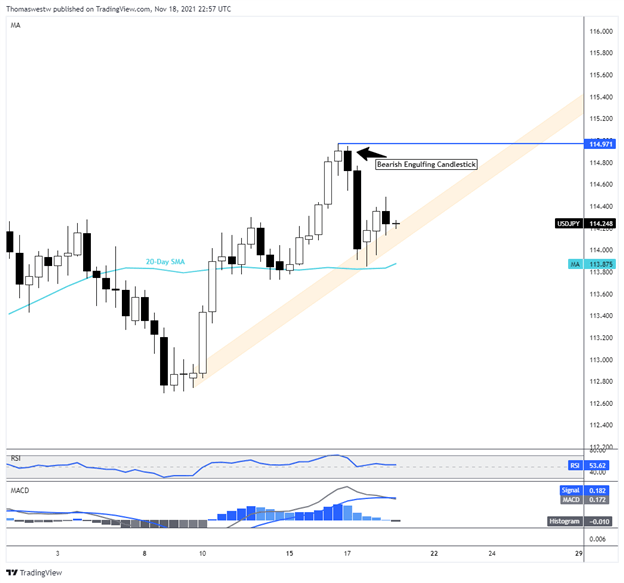