GBP/USD Soars on BoE, Yen at Risk After WHO Coronavirus Conference

The British Pound was the best-performing major currency on Thursday as the Australian Dollar fell. Ahead, the anti-risk Japanese Yen may be at risk. GBP/USD rose after the Bank of England left rates unchanged at 0.75%. The markets were close to evenly split on expectations of a cut, leaving half of investors on the wrong end of the outcome. In this case, the surprise sent local bond yields and Sterling to the upside.

Towards the end of the Wall Street trading session, there was a notable improvement in market sentiment. This occurred during the World Health Organization (WHO) news conference on the coronavirus. The WHO left a more-optimistic tone on the Wuhan virus outbreak despite declaring an international health emergency. Investors seemed to have been calmed that they did not recommend restrictions on travel or trade.

The S&P 500 rallied alongside sentiment-linked crude oil prices and local government bond yields, sending USD/JPY and NZD/JPY higher. Yet most of the damage to market mood had been done by that point, leaving the AUD and NZD down for the day. Likewise the anti-risk Japanese Yen and similarly-behaving Swiss Franc ended the day generally higher after a rather pessimistic Asia trading session.

Recommended by Daniel Dubrovsky
What is the road ahead for equities in the first quarter?
Get My Guide

Top-tier economic event risk during the Friday APAC session will arguably be January Chinese manufacturing PMI. The markets will get an insight into the impact of the coronavirus on regional surveys of growth in the industrial sector. A worse-than-expected outcome may send the Australian Dollar lower. China is Australia’s largest trading partner and souring conditions in the former may impact the latter.

Australian private sector credit will also cross the wires and may follow the trend of local data tending to surprise to the upside as of late. Those included the most recent Australian jobs and CPI report. More of the same may help offset weakness in AUD/USD if there is a disappointment in Chinese PMI later on. With that in mind, regional bourses may follow Wall Street higher, denting the anti-risk Japanese Yen.

GBP/USD bounced on rising support from November and appears to be clearing a Symmetrical Triangle formation. The latter is typically a continuation pattern hinting that a resumption of the prior trend could be at hand. That may take the pair towards the falling trend line from June 2015. Descending through support on the other hand exposes the low from December at 1.2905.

Recommended by Daniel Dubrovsky
What is the road ahead for Sterling in the first quarter?
Get My Guide 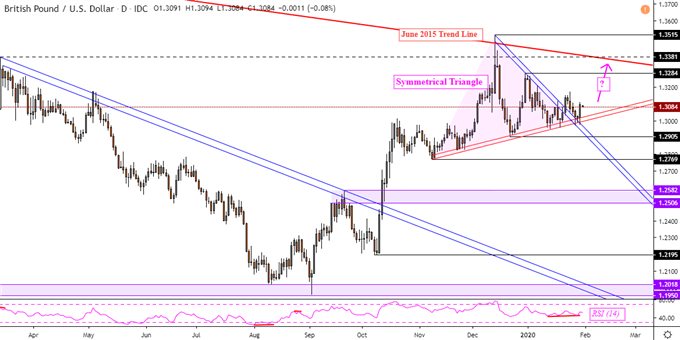 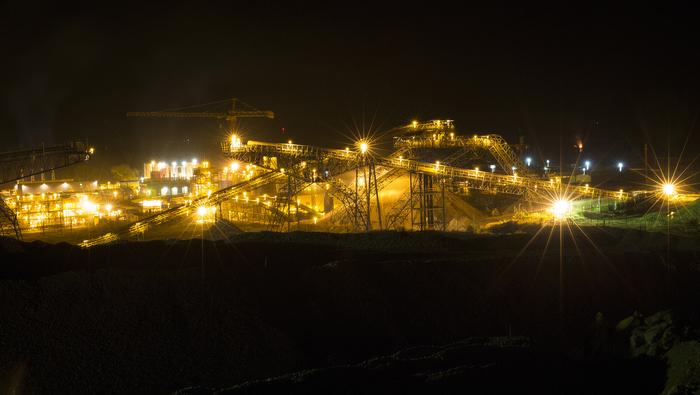