The rally on Wall Street paused after the S&P 500 halted its 5-day winning streak and closed lower 0.22%. Pessimism in investors started building up earlier in the day on disappointing German economic data. Factory orders contracted 7.0% y/y in December versus 6.7% expected, the largest decline since June 2012. The Euro declined given that the ECB is facing another obstacle, the largest EU economy slowing.

The pro-risk Australian and New Zealand Dollars had one of their worst days since 2016 and 2017 respectively. Their moves had more to do with monetary policy fundamentals though. AUD/USD tumbled as RBA’s Governor Philip Lowe shifted away from favoring a hike as their next move,underscoring increasing dovish policy bets. NZD/USD declined on a worse-than-expected domestic jobs report.

We begin Thursday’s Asia Pacific trading session with a speech from Fed Chair Jerome Powell. This will be his first one since last week’s dovish central bank rate announcement. The US Dollar has been on a tear, climbing for 5 consecutive days which is its best winning streak since October 2018.

A cautious tone from Mr. Powell that echoes last week’s cautiousness may put those gains on hold and vice versa. S&P 500 futures are pointing lower, hinting that APAC equities could be in for declines next. That would continue adding gains to the anti-risk Japanese Yen from the past couple of days.

The 1.78% decline in AUD/USD resulted in the pair descending through a rising support line from the beginning of this year. On top of that, a horizontal range of support (0.7145 – 0.7164) was also breached. With confirmation, this could lead to further weakness down the road. A push through 0.7081 might be that signal.

I will be beginning this week’s poll to determine which Aussie crosses to cover in this week’s technical forecast. If you would like to participate, follow me on twitter @ddubrovskyFX. I will post timely updates on the Aussie Dollar there as well. 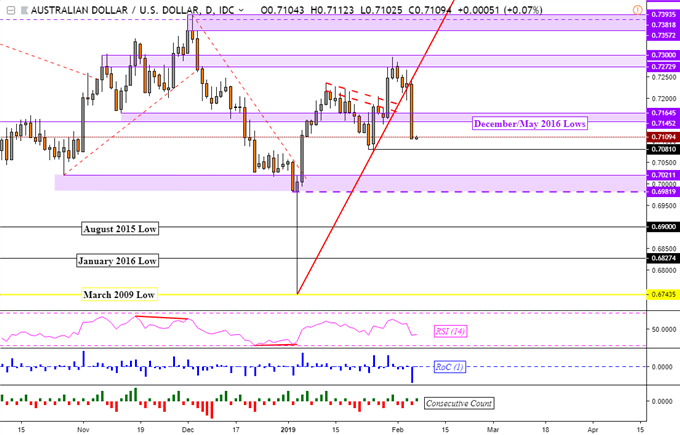 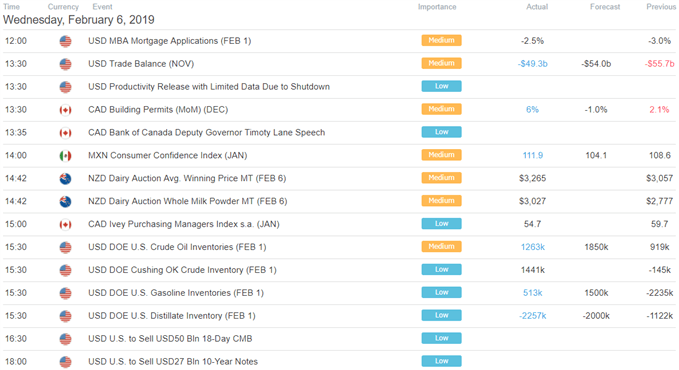 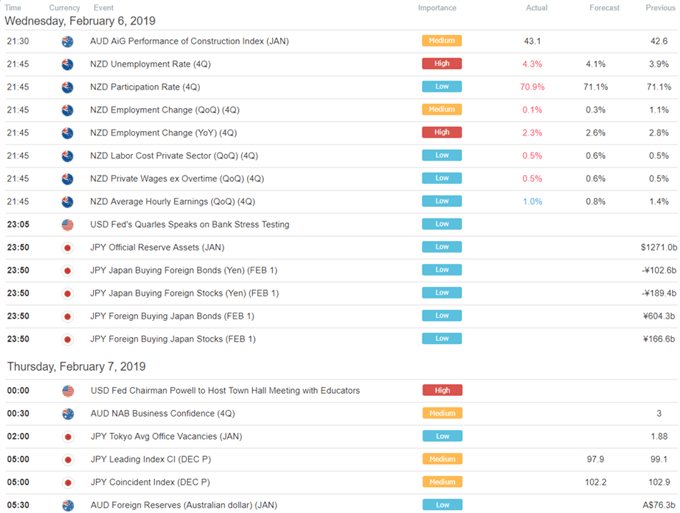