The Russian War Effort Presses On

The Russian invasion of Ukraine is on the verge of entering its third week. What began on February 20, 2022 as a “special military operation” has devolved into a full-scale invasion with no immediate end in sight. With no offramp yet achieved, the conflict appears poised to continue for the foreseeable future – not just days, but perhaps weeks and months. 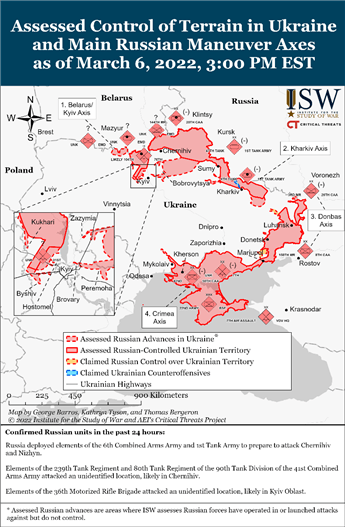 Source: Institute for the Study of War

As the Russian Army continues to make advances towards Kyiv, the capital of Ukraine, global financial markets are proving more and more volatile. This is not just about the Russian Ruble, which is in the midst of a full-fledged currency crisis thanks to the sanctions levied against Russia by the European Union, the United States, and other countries.

The ramifications of the Russian invasion of Ukraine are truly being felt in all corners of global financial markets. Bonds, commodities, crypto, FX, and stocks – it doesn’t matter where you look – have all seen seismic moves in recent days. If you’re following the Russian invasion of Ukraine as well as watching markets, these are the assets that you should be paying most attention to, both retroactively and prospectively: 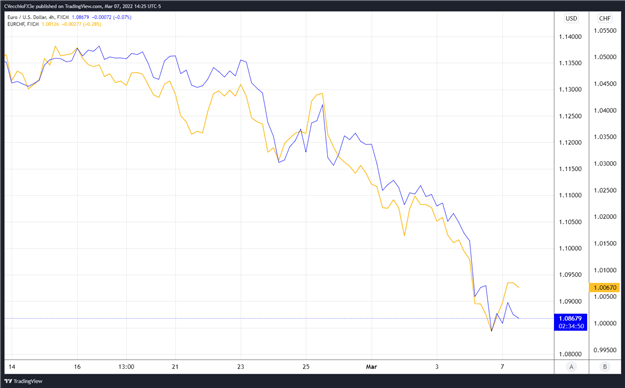 Following the European Union’s and United States’ sanctions of Russia, funding stresses emerged in both the European and American financial systems; liquidity conditions eroded, stoking a demand for safe haven currencies. The Euro has been ground zero in FX markets (outside of the Russian Ruble) as these funding stresses have intensified. Against this backdrop, it seems highly improbable that the European Central Bank will join the chorus of major central banks looking to raise interest rates this year. EUR/CHF and EUR/USD rates have lost -3.8% and -4%, respectively, since February 14. 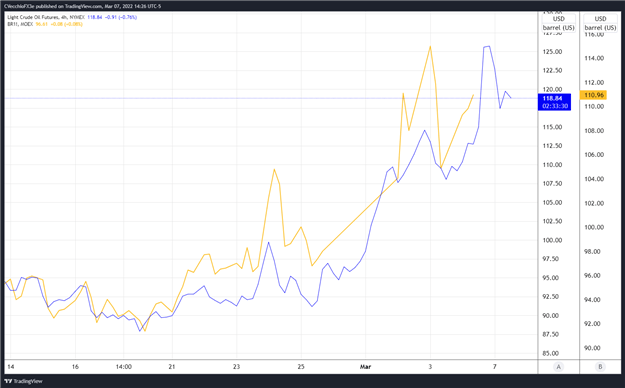 Will the West cut off Russian oil supplies from the global market? For now, the answer seems no. But the possibility of a significant disruption persists, and removing Russia’s 7 million barrels per day comes at a time when the global oil supply has yet to recover to its pre-pandemic levels. Markets are acting as if the Russian invasion of Ukraine will persist for several weeks, if not months, which may lead to more aggressive sanctions to ringfence the Russian economy. Crude oil prices and Brent oil prices are up by +27.3% and +15.9%, respectively, since February 14. 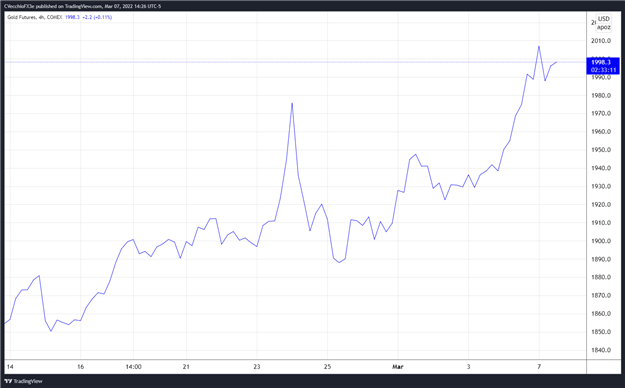 Gold prices have come back into favor for two main reasons: first, geopolitical tensions; and second, they’re the preferred inflation hedge in a risk-off environment (sorry, Bitcoin). With respect to the second point, skyrocketing energy and agricultural commodities prices will prolong record-high inflation readings across the West, while the general risk-off tone in the market has brought down long-end sovereign bond yields. This has provoked a steep drop off in real rates, which tends to be good for gold prices. Gold prices are up +7.5% since February 14. 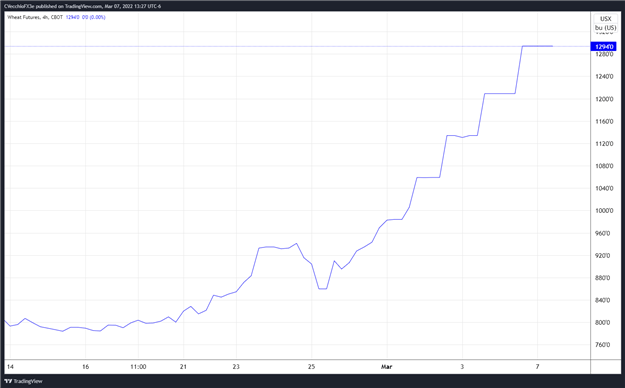 Russia is the world’s top grain producer, but Ukraine is not far behind at number five overall. In fact, Ukraine is the world’s fifth largest producer of wheat, which helps explain why wheat prices have been trading sharply higher in recent weeks. If Ukrainian farms aren’t able to sow this year’s crop in the spring due to the threat of being attacked by Russian forces, when what will it mean come harvest time in the fall? Wheat futures are up +63% since February 14. 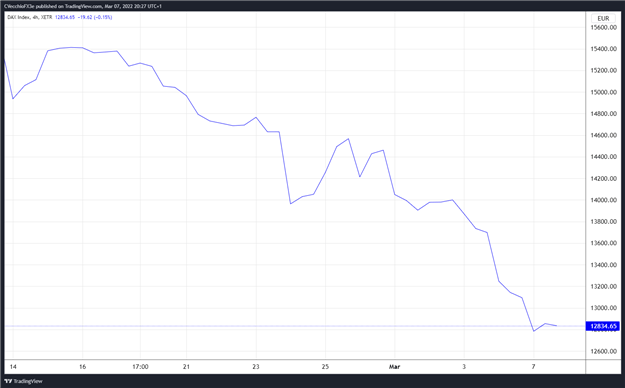 While the European Union gets roughly 40% of its gas from Russia, its largest economy, Germany, is even more reliant, with approximately 55% of its gas coming from Russia. Without access to Russian energy supplies, the German economy would suffer greatly, given the lack of viable alternatives in the immediate future – especially after the country shuttered half of its remaining nuclear power plants at the end of 2021. Rising energy prices threaten German companies’ profit margins and earnings, leading to a sharp decline in the German stock market. The German DAX is now down -14% from February 16.

Expanded Russian territorial control of significant swaths of Ukraine in the southeast and northern parts of the country suggest that Russia has full intention of trying to encircle Kyiv and replace current Ukrainian President Volodymyr Zelenskyy as head of state. After discussion with Russian President Vladimir Putin, French President Emmanuel Macron has reportedly suggested that it is unlikely any resolution or ceasefire is achieved in the coming “days, or weeks.” For global financial markets, that means the recent surge in volatility across asset classes – bonds, commodities, crypto, FX, and stocks – is here to stay.