Global monetary policy has remained accommodative with interest rates remaining at or near zero percent across many developed economies. However we are beginning to see inflation figures rising, adding further pressure to the already negative real yields in many of these markets. Such an environment makes non-interest yielding investments like copper, gold, silver and platinum more attractive as the potential for price appreciation remains.

The recent ‘hawkish surprise’ at the June Fed meeting propelled the dollar higher, naturally resulting in a sharp move lower for copper. However, Jerome Powell sought to allay any notions of imminent rate hikes in his subsequent testimony to congress and maintained that inflation is expected to drop back towards the Fed’s longer-run goal and thus keep the door open for loose monetary policy in the United States.

US President Joe Biden’s proposed infrastructure bill is set to benefit a number of sectors in the US economy – and many of these are becoming increasingly reliant on copper.

Renewable energy projects rely on the copper as it boasts one of the highest thermal and electrical conductivity profiles of all the metals. Biden’s bill currently places significant emphasis on shifting to greener energy.

Copper is also likely to see a boost in the form of upgrading existing traditional infrastructure - mainly roads and telecommunications - as the conductive metal is used extensively in cabling. 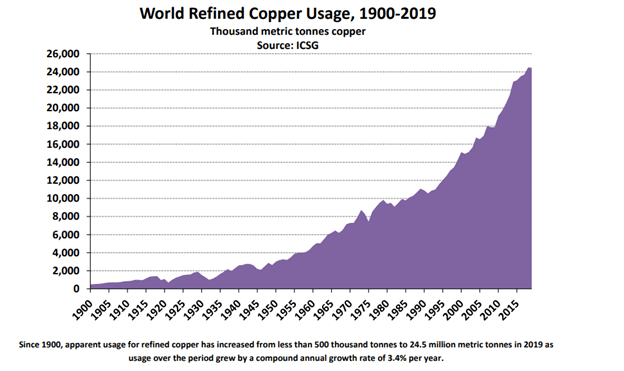 China remains the largest importer of copper worldwide by a significant margin and played a major role in elevating the metal’s price over the past 15 months. China has, however, voiced dissatisfaction over the elevated level of copper prices and has threatened to sell strategic reserves in an attempt to soften the commodity’s recent gains. Despite this, China’s growth ambitions continue to elevate demand for the metal. 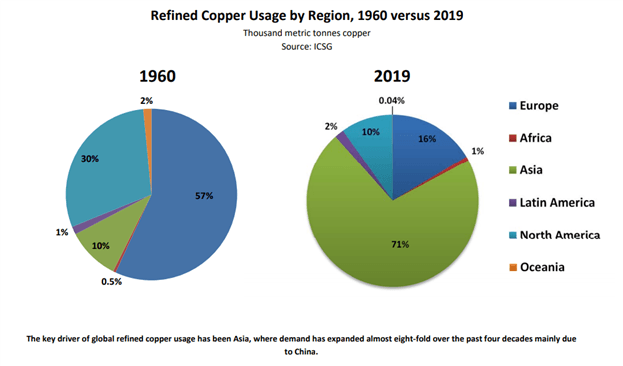 Copper has respected the long-term trendline since March 2020, reflecting the pace of the advance in the metal. In the last Top Trading Ideas update, I had set a target at 10,000 which was eventually achieved before reaching the new high at around 10,745.

Since then, copper has traded within what appears to be a bull flag – a bullish continuation pattern – and has just rebounded off an area of confluence (yellow rectangle). The area of confluence was established at the long-term ascending trendline and the lower bound of the bull flag which took place around the 23.6% Fibonacci level (drawn from the 2020 low to May 2021 high). A strong bounce above this zone remains supportive of the long-term uptrend, highlighting the 10,000 level once more.

However, it must be noted that the recent advance may simply point to a period of continued trading within the bull flag. A break and close above the bull flag is needed before the bullish continuation scenario becomes more credible.

See the favorite trades from each DailyFX Analyst for the third quarter. Download our new 3Q top trading opportunities guide from the DailyFX Free Trading Guides!

Recommended by Richard Snow
See All the DFX Analysts Top Trades for 3Q!
Get My Guide