In light of the recent equity rout stemming from the uncertainty pertaining to the spread of the coronavirus. The Federal Reserve surprised market participants with an inter-meeting 50bps rate cut to 1.00-1.25% in order to quell market fears. However, the initial uptick across equity markets had been brief with US equities closing yesterday’s session firmly in the red as worries creep in over what the Fed might be seeing that market participants are not.

Alongside this, the move by the Fed has also increased expectations of other DM central banks (with policy space) to follow in its footsteps. That said, given that the situation over the coronavirus looks to seemingly get worse before it gets better, expectations are for further Fed easing with money markets attaching a 68% likelihood of another 50bps cut at the March 17-18th meeting.

Given the rare occurrence of an inter-meeting Fed rate cut, which has happened only 8 times in the last 25 years, this article looks at the previous impact on the S&P 500, Gold and the US Dollar.

The S&P 500 had responded positively to an inter-meeting Fed rate cut in the short term on average, before heading lower on the longer term. That said, market events that had been a lot closer to home for the US, such as the tech bubble burst in 2001 and the Lehman Brothers collapse in 2008, an emergency rate cut did little to support the S&P 500, which saw a max drawdown of 12% and 30% in 2001 and 2008 respectively. As such, with the spread of the coronavirus increasing in the US, the S&P 500 may struggle going forward. 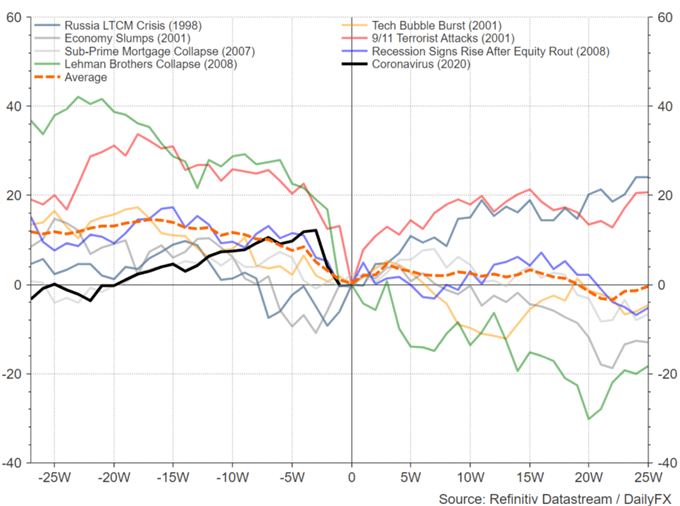 Typically, the US Dollar has been supported following inter-meeting Fed rate cuts, given that historically the Federal Reserve tends to lead the rest of the central banks. However, with many central banks with limited policy space (ECB already in negative, BoE 75bps away from ZIRP) money markets are much more aggressively priced for Federal Reserve relative to the ROW and thus have seen the US Dollar extend its decline. 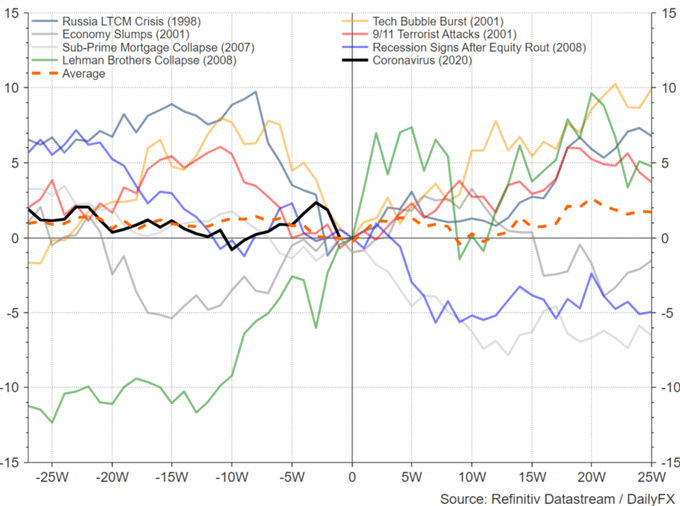 Gold prices have tended to benefit from inter-meeting rate cuts by the Federal Reserve, gaining as much as 8% in the following 6-months. Keep in mind that emergency rate cuts tend to be at a time of market uncertainty and thus safe-haven flows as well as falling bond yields boost the precious metal. Although, we are also cognizant of the fact that market panic across equities can leave gold vulnerable to margin call induced selling, as was the case on February 29th. 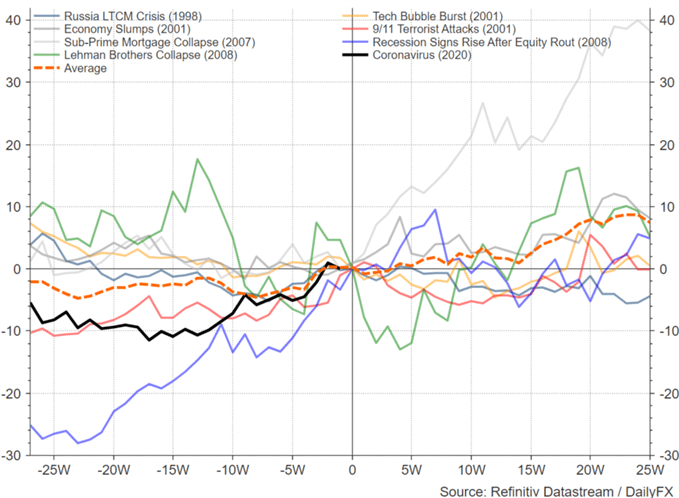